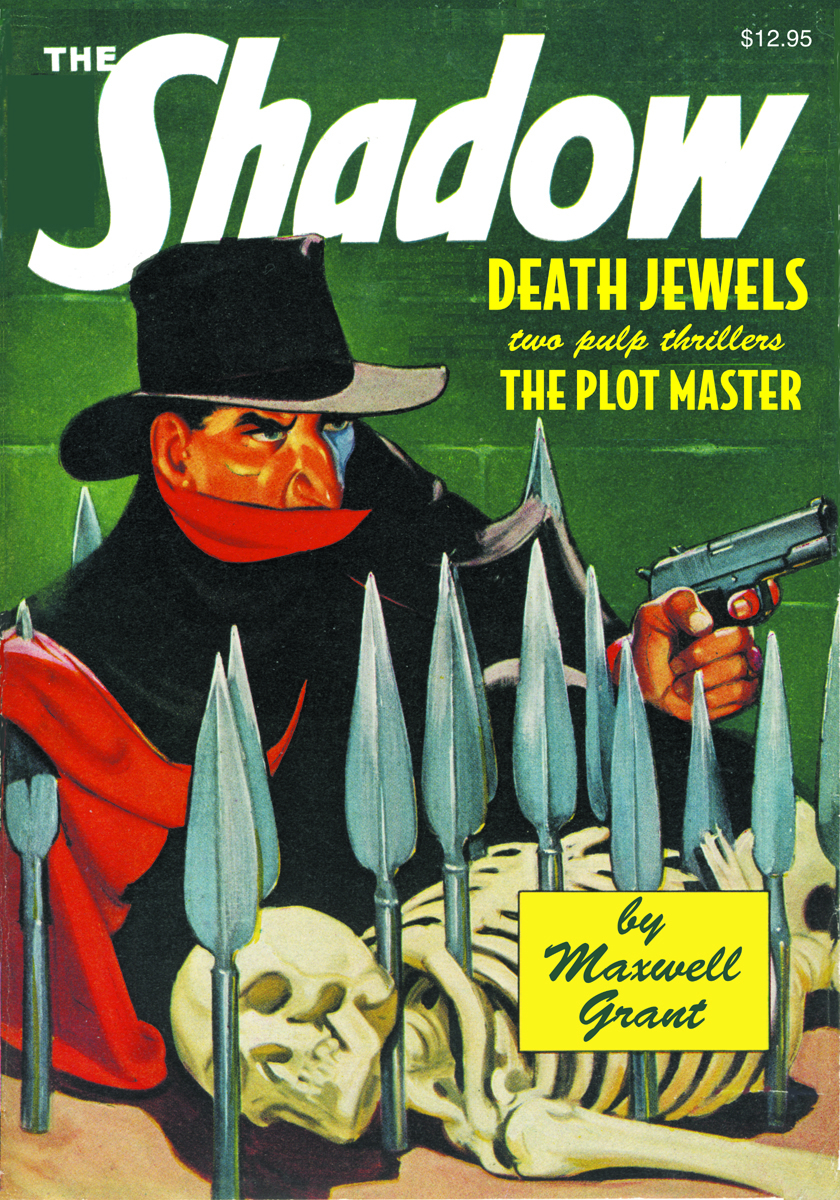 JUN084413
(A) Edd Cartier
"The weed of crime bears bitter fruit. Crime does not pay. The Shadow Knows!" The Dark Avenger crushes crime in two thrilling pulp mysteries by Walter B. Gibson (writing as "Maxwell Grant"). First, The Shadow follows a trail of espionage that begins on Death Island and leads to the inner chambers of Washington, D.C. to confront "The Plot Master." Then, Kent Allard investigates a series of unusual gem robberies as The Shadow enters a sinister deathtrap to solve the mystery of the ill-fated "Death Jewels." This classic reprint also features both color pulp covers by George Rozen, classic interior illustrations by Tom Lovell and Edd Cartier, and historical commentary by Will Murray.