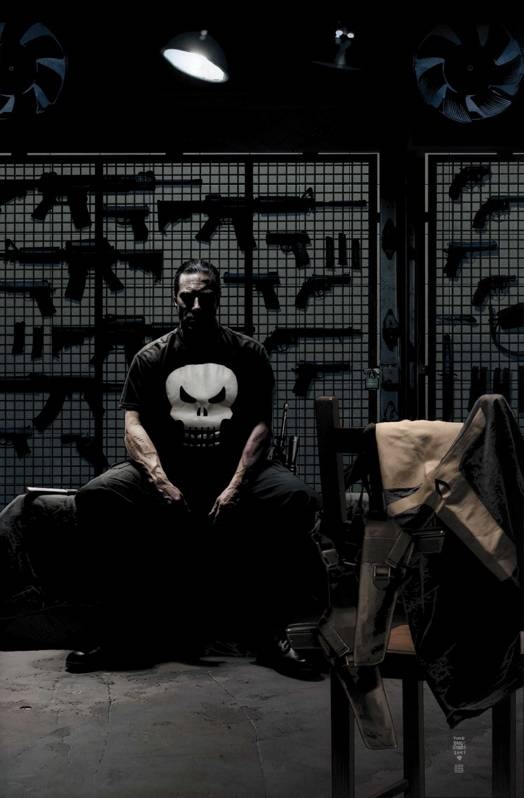 JUN072201
(W) Garth Ennis (A) Howard Chaykin (CA) Tim Bradstreet
Written by GARTH ENNIS
Penciled by HOWARD CHAYKIN
Cover by TIM BRADSTREET
"LONG, COLD DARK" PART 1 OF 5
Special Double-Sized issue to commemorate the Punisher's 50th issue!
The Punisher's wildest foe is back!   Left gut-shot in shark-infested waters, Barracuda's got a major score to settle with Frank Castle.  But Barracuda's no dummy.  Charging in with guns blazing is for suckers.  He's got something serious planned.  Something that's going to hit Frank where he hasn't been hit in years: the black pit that used to be his heart.  You won't believe the last page of this issue. Neither will Frank.