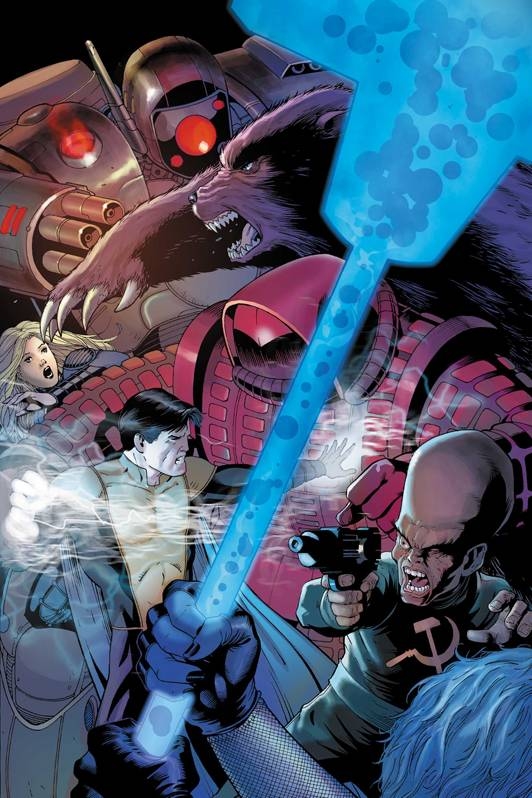 JUN072181
(W) Matt Fraction (A/CA) Barry Kitson
Written by MATT FRACTION
Pencils and Cover by BARRY KITSON
A team of long-dormant Soviet super-weapons is awake, angry and heading straight at the heart of Los Angeles ready to finish World War III! The front line of defense is a team that's been together since just before nine this morning! The queen of PR starts her spin! A dead body hides more than just a murder mystery! AND AND AND -- a super-sex tape! What on earth could justify the use of that many exclamation points? Surely, it could only be the second sensational issue of the yet to be named new ongoing series written by Matt Fraction (IMMORTAL IRON FIST and PUNISHER WAR JOURNAL) and with art by the amazing Barry Kitson
(Legion of Super-Heroes, JLA: Year One).