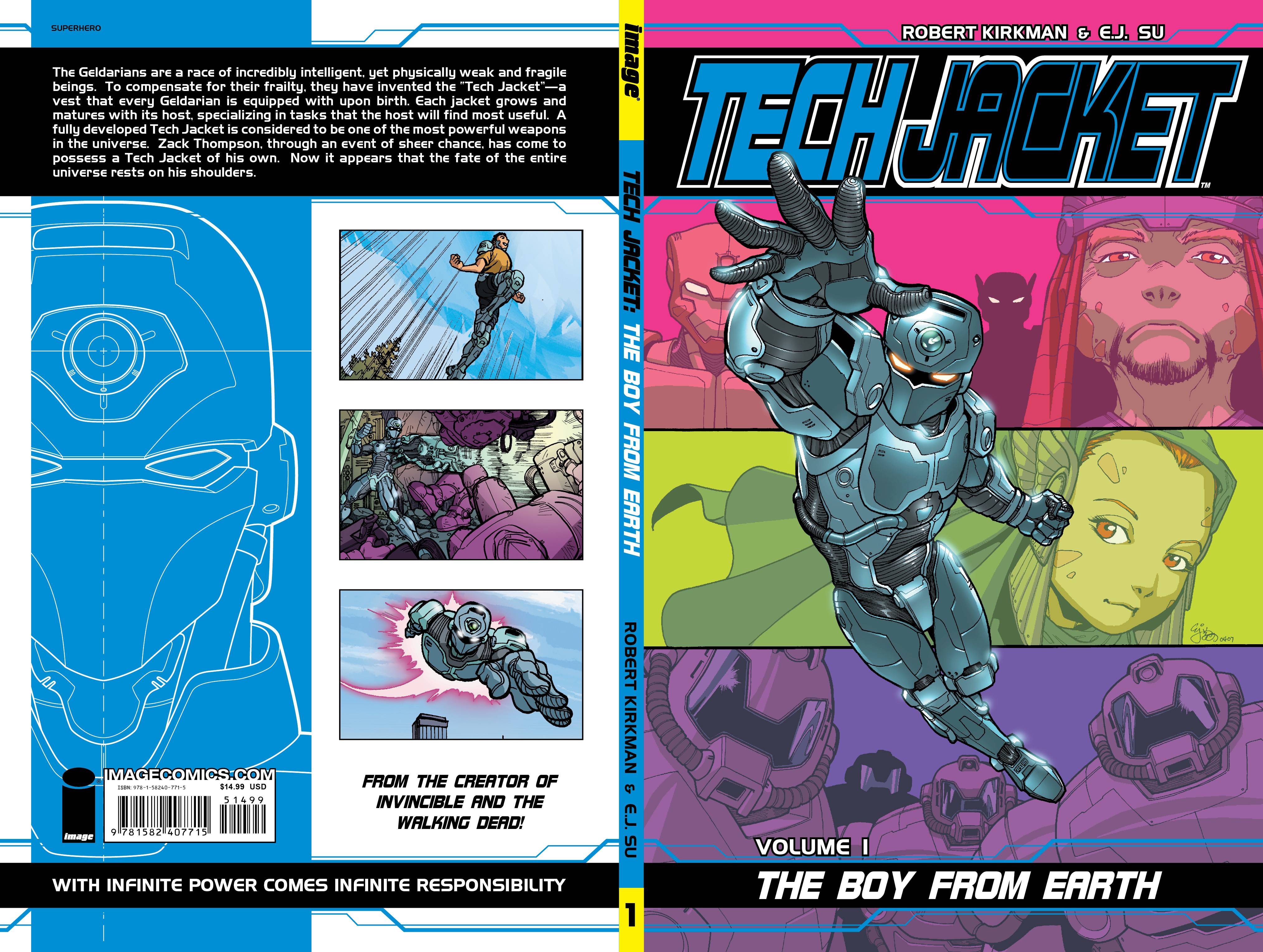 #
JUN071906
(W) Robert Kirkman (A/CA) E. J. Su
The Geldarians are a race of incredibly intelligent, yet physically weak and fragile beings. To compensate for their frailty they have invented the Tech Jacket, a vest that every Geldarian is equipped with upon birth. A fully developed Tech Jacket is considered to be one of the most powerful weapons in the universe. Zack Thompson, through an event of sheer chance, has come to possess a Tech Jacket of his own. Now it appears that the fate of the entire universe rests on his shoulders as he learns that with infinite power comes infinite responsibility.
In Shops: Nov 28, 2007
SRP: $14.99
View All Items In This Series
ORDER WISH LIST