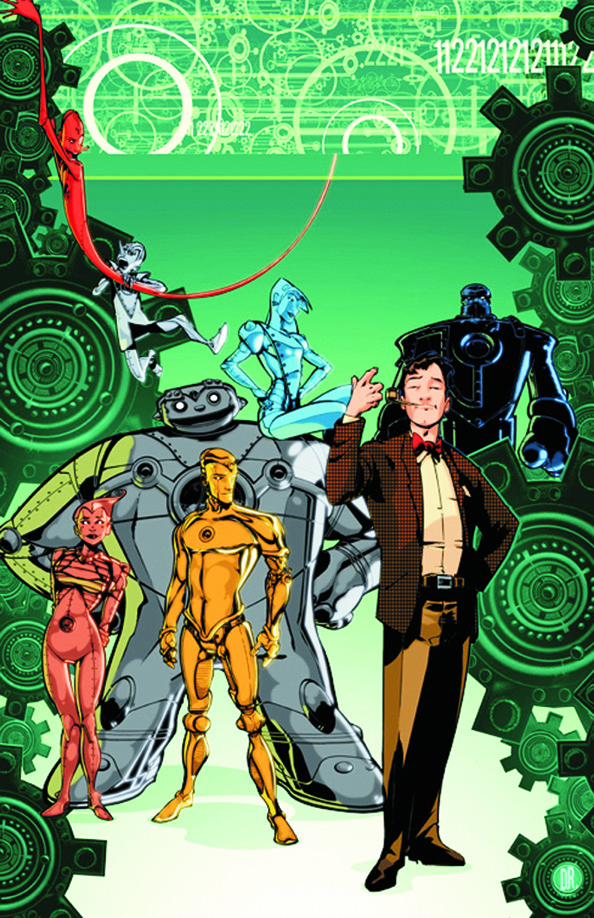 JUN070208
(W) Duncan Rouleau (A/CA) Duncan Rouleau
Written by Duncan Rouleau
Art and cover by Rouleau
Bursting from the pages of 52 and SUPERMAN/BATMAN into their own new 8-issue miniseries by Duncan Rouleau - it's Gold! Platina! Mercury! Iron! Lead! Tin! And now Copper!
Doc Magnus's creations are ready to take on all-new threats and some old, reimagined ones: Chemo, Doctor Yes,  B.O.L.T.S., The Balloonatic and his Orphan Army, as well as the Robot Renegades led by an old Manhunter Robot!
But the greatest threat lies in Le Cabinet Noir and its bid to control the natural order using dangerous lieutenants like the Nameless, an armored being that feeds off the blood of the innocent and controls the Gogoloth, giant stone Golems made of Granite, Bizmuth, Onyx and Lime.