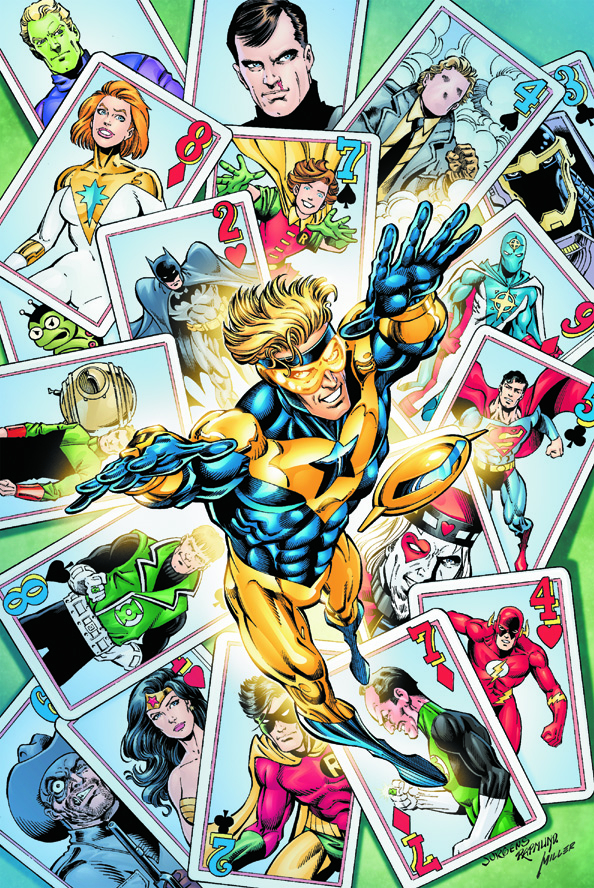 JUN070155
(W) Geoff Johns, Jeff Katz (CA) Arthur Adams (A/CA) Dan Jurgens
Written by Geoff Johns & Jeff Katz
Art and cover by Dan Jurgens
& Norm Rapmund
Exploding from the pages of 52 and exploring the timeline of the DC Universe comes a new monthly book featuring the greatest super-hero history will never know: Booster Gold!
Following the universe altering conclusion of 52, Booster Gold wants what's due to him - a spot on the Justice League of America! But the time stream's in trouble, and Booster Gold is in the center of it! Now he must make a choice: reclaim his former glory or do the right thing, forgoing the credit.
ALL-NEW Booster Gold will take you through time and space, to the greatest moments of the DCU that have happened and will happen.
"52 Pick-Up" begins in this extra-sized issue #1! Someone is exploiting the ravaged time stream, hoping to eliminate the world's greatest heroes - and only Booster Gold can stop them. But, really - Booster Gold? Why him? What does Rip Hunter truly want? And what shocking figure is behind it all?
And coming up in the months ahead in DC's time spanning monthly: the world's greatest Green Lantern - Sinestro, Jonah Hex, Barbara "Batgirl" Gordon, Flash and Kid Flash, and plenty more of DC's super stars from throughout its past and future!