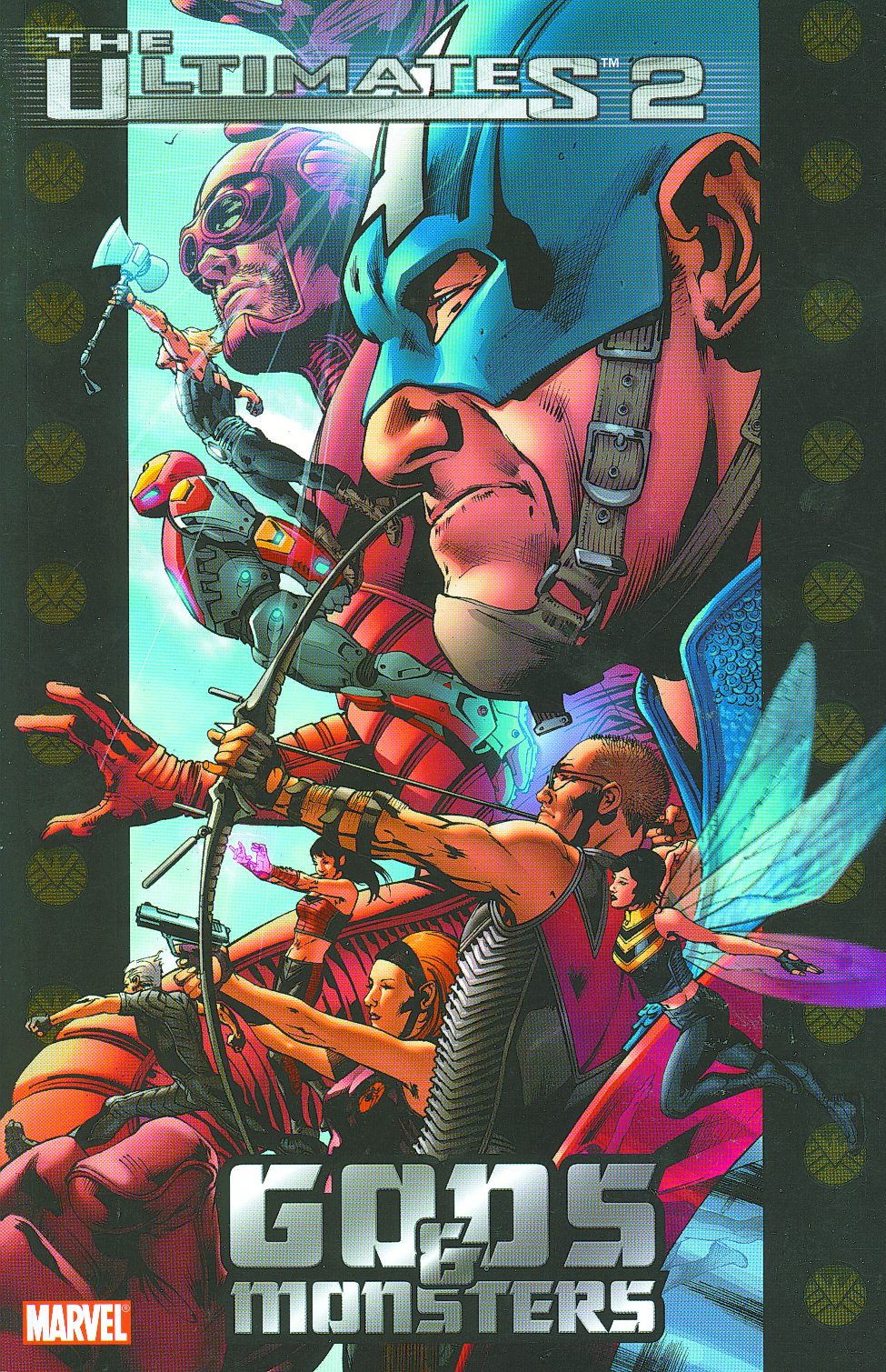 JUN052062
(W) Mark Millar (A/CA) Bryan Hitch
Written by MARK MILLAR
Penciled by BRYAN HITCH
Cover by BRYAN HITCH
It's been one year since they stopped an alien invasion, and now things get hard. New members, new costumes and 12 months of gossip to catch up on! Who's getting married? Who's divorced? Who's gone nuts since we last saw them? Why, just in this first story, we see Ultimate Hulk and the secret origin of Ultimate Thor, and get a look at the entire Ultimate Universe as drawn by Bryan Hitch! It's guest-stars galore - featuring the X-Men, Daredevil, Captain Britain and even the Defenders! Collects THE ULTIMATES 2 #1-6.