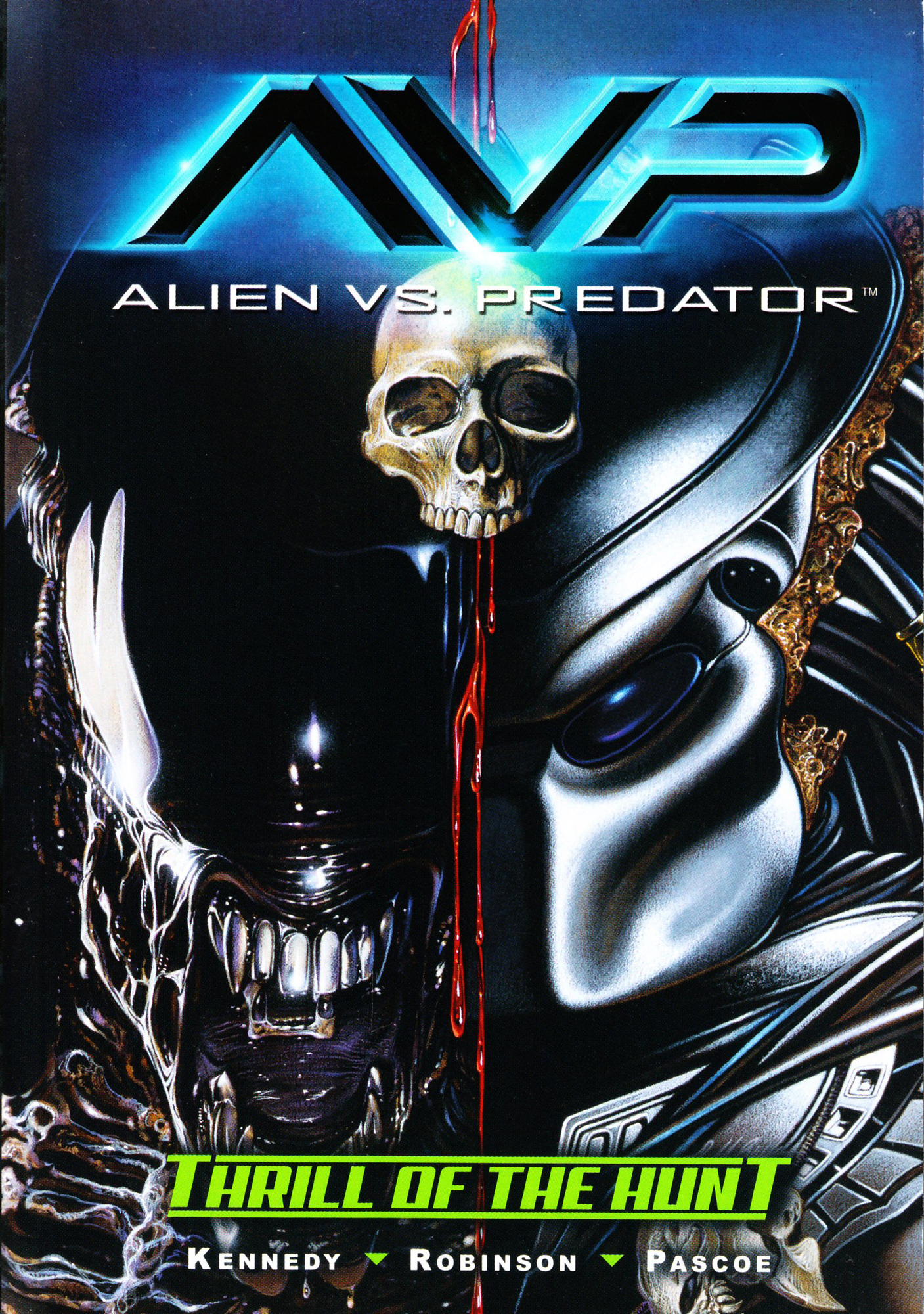 JUN040013
(W) Mike Kennedy (A) Roger Robinson, Dustin Weaver, Randy Emberlin (CA) David Michael Beck
WHOEVER WINS ... WE LOSE! In the farthest reaches of space, a creature terrified us. Acid blood. Armored skin. Razor-sharp teeth. No mercy. In the depths of a rain forest, another creature hunted us. Perfect camouflage. Fearsome weapons. Brutal methods. No conscience. In 2004, these monsters clashed on Earth in the greatest battle the universe has ever known. But far in the future, long after a technological catastrophe that started a second Dark Age, all memory of these two species has been forgotten. And when Mankind again reaches for the stars, we will discover that, truly, those who cannot remember the past are condemned to repeat it. Once again, Man is caught in the middle of a deadly struggle.
Based on this summer's major-motion picture from 20th Century Fox, Alien vs. Predator: Thrill of the Hunt carries the themes and story elements from the film into new territories of action and terror, crafted by Mike Kennedy and illustrator Roger Robinson (Azrael, Batman: Gotham Nights), all in a value-priced original graphic novel. Cover painting by Society of Illustrators award-winner David Michael Beck.
In Shops: Oct 06, 2004
SRP: $6.95
View All Items In This Series
ORDER WISH LIST