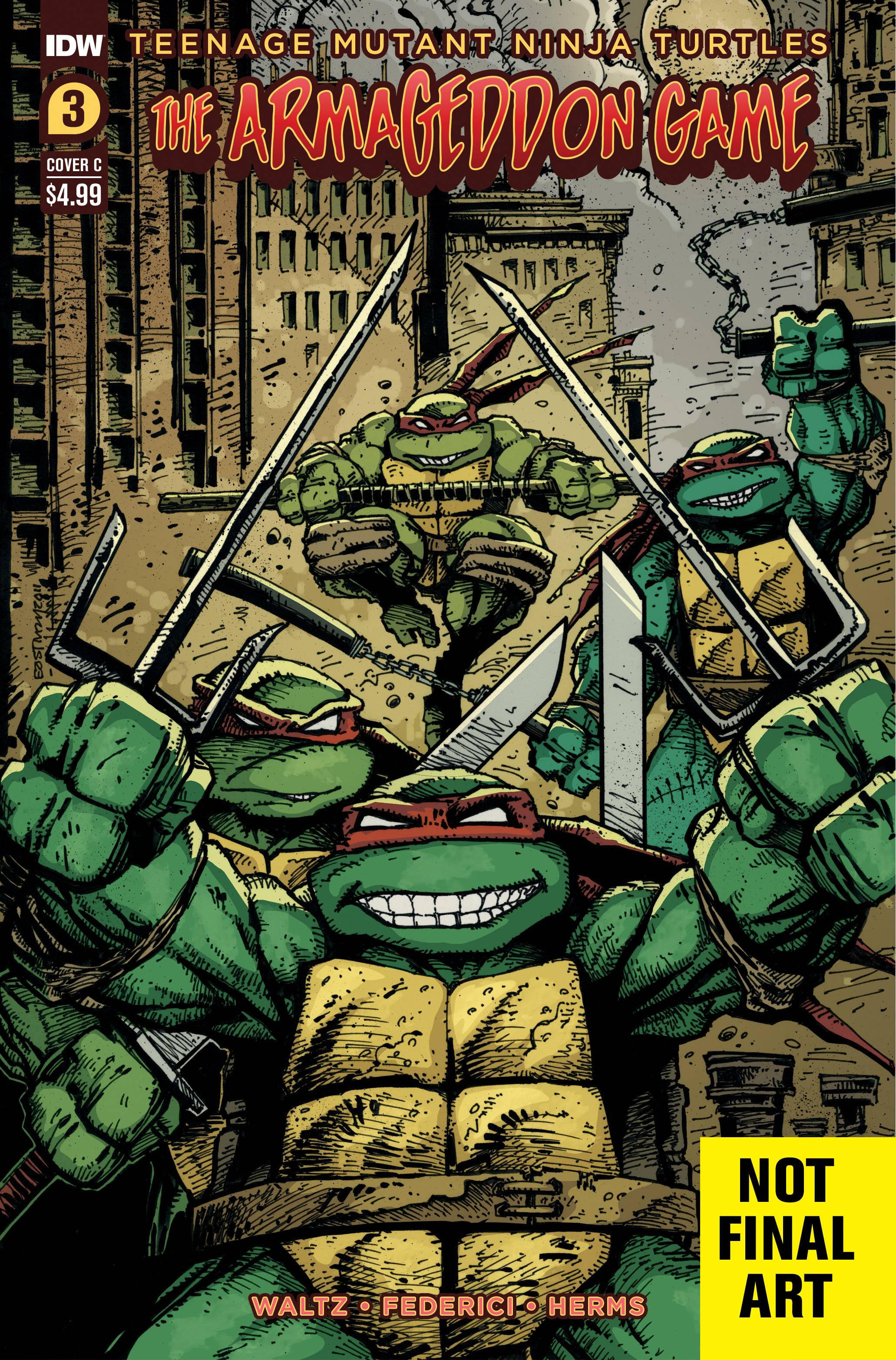 #
JUL228553
(W) Tom Waltz (A) Vincenzo Federici (CA) Kevin Eastman
The TMNT and their new mentor, the Shredder, have quickly discovered their mission to recruit new allies to battle against Rat King and his minions (Baxter Stockman, Madame Null, and the newly minted MetalKrang) in NYC has its own set of perilous circumstances. In Dimension X, Michelangelo and the Neutrinos are forced to join the Nova Posse as would-be bounty hunters. Meanwhile, in Dimension Z, the Shredder and Dark Leo realize they must undertake a deadly rescue mission if they are to have any chance of bringing Cherubae to their side. And on Earth, Raphael is finding nothing ever comes easy when Old Hob is involved, while nearby, Donnie and Jennika have their fair share of dangerous problems, not the least of which is the mysterious Null Turtles!
In Shops: Dec 07, 2022
SRP: $4.99
View All Items In This Series
ORDER SUBSCRIBE WISH LIST