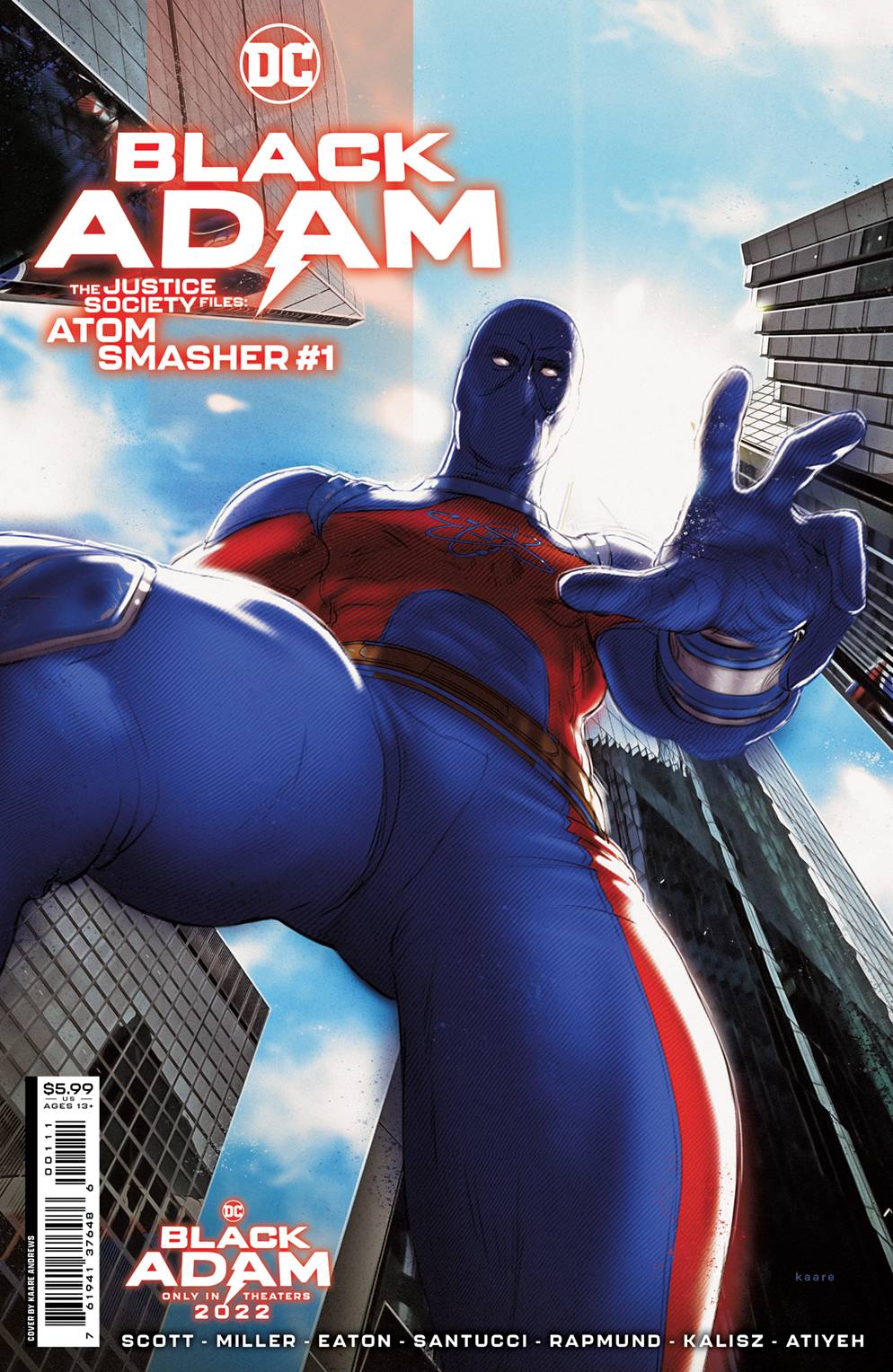 #
JUL223712
(W) Cavan Scott, Bryan Miller (A) Travis Mercer, Marco Santucci (CA) Kaare Andrews
Al Rothstein has big shoes to fill. Very big shoes. But he needs to prove himself before he can call himself Atom Smasher. He has the costume, and he has a mission...he just has to make it through the night in one piece. And in part 3 of the Teth-Adam backup story: history begins to repeat itself as, in ancient Kahndaq, Teth-Adam's son, Hurut, crosses a line for the greater good, while, in the present, Adrianna's son, Amon, joins the race to save the sought-after eternium idol from Intergang's clutches.
In Shops: Sep 06, 2022
SRP: $5.99
ORDER WISH LIST