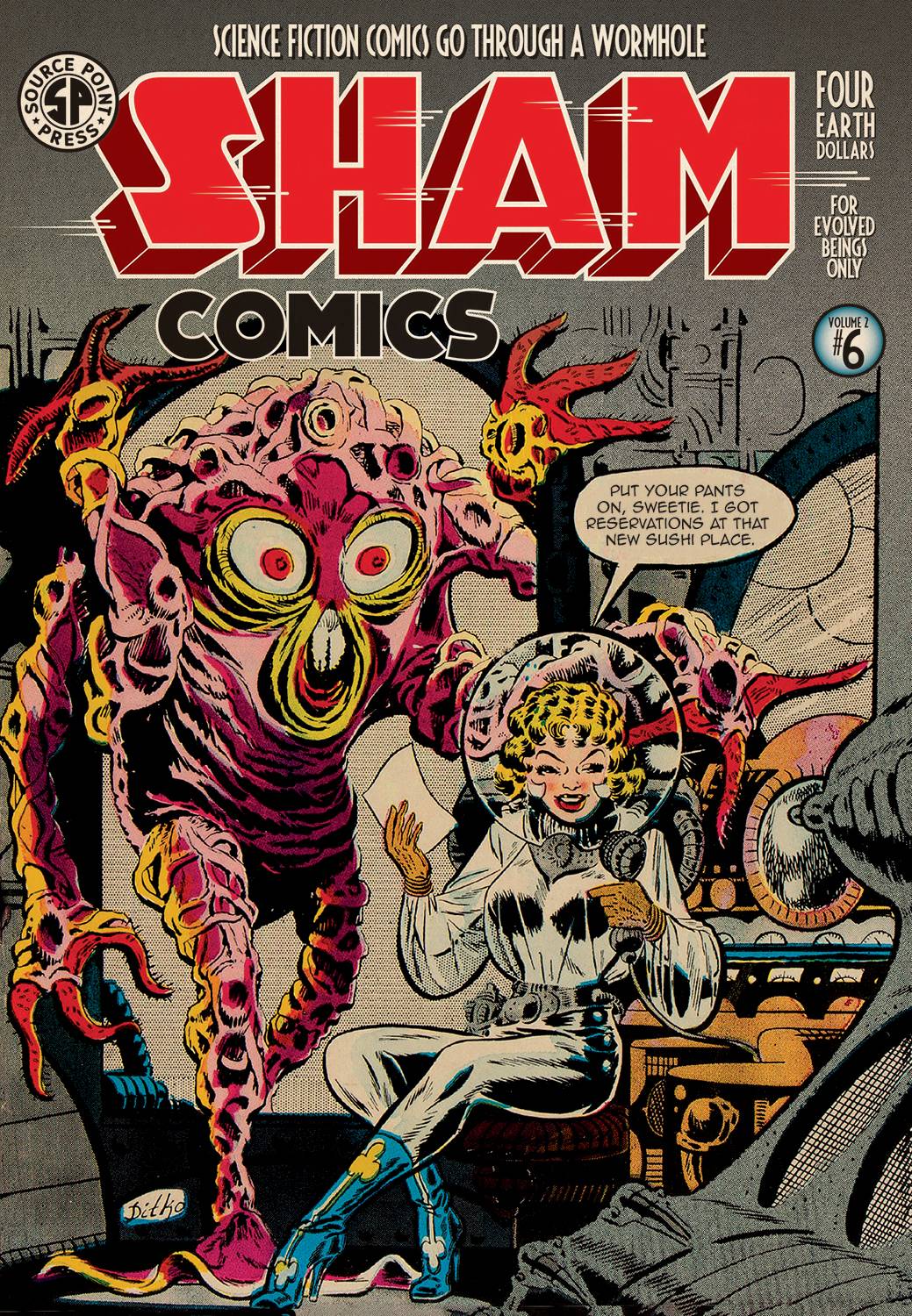 #
JUL221925
(W) Tim Fuller (A) Wally Wood, Al Williamson, Mort Meskin, Steve Ditko
Science Fiction Comics Go Through a Wormhole!
In this issue: Engineer Snotty finds himself adrift in space after ticking off the
Captain, but there's an opening in the alien zoo. Ray Gunn, Jr. of Space Force
finds himself on a hostile planet fighting off "The Invasion of the Body
Shamers". An exploration team discovers a new planet in "You Couldn't Find
Uranus With Two Hands". Bolt Uprite discovers a new party drug and goes to
"A Rave in the Dumbell Nebula". And Dick and Jane fine their rescue pet isn't
all he seems to be in, "Who's a Good Doggie?"
Brought to you by the fine folks at The Stooge Emporium, The National Raygun
Association, The Church of Sci-Fi-Netics and Grundleman's Girdles for Boys
In Shops: Sep 21, 2022
SRP: $4.00
View All Items In This Series
ORDER SUBSCRIBE WISH LIST