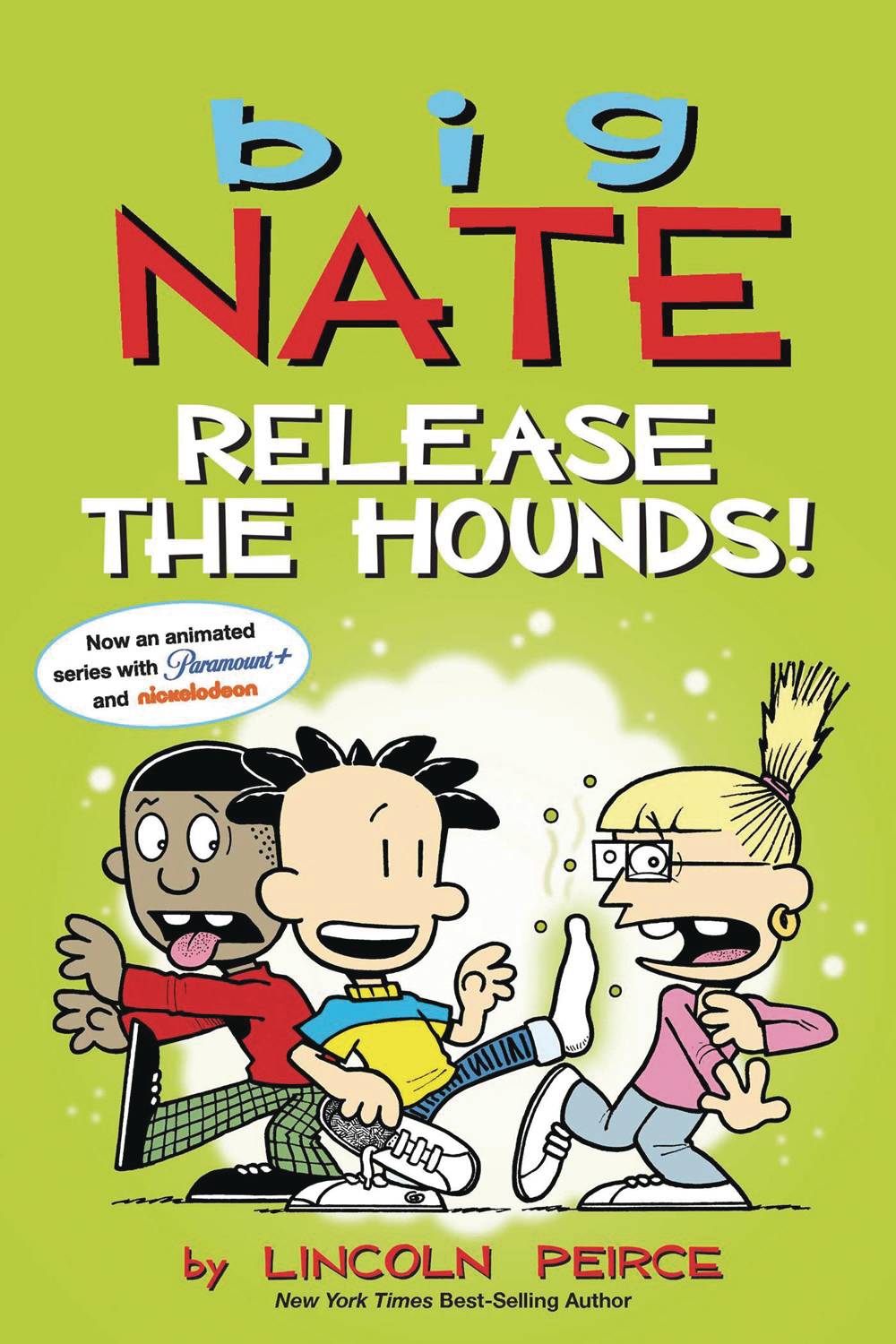 #
JUL221152
(W) Lincoln Peirce (A) Lincoln Peirce
Nate Wright's life kind of stinks. His dad's habit of handing out healthy snacks ruins another Halloween. His frenemy Artur proves to be the world's worst football teammate. And how does Todd Dunfy have a girlfriend while Nate's still shockingly single? It isn't fair... but Nate doesn't sweat it. Sidelined by a soccer injury, he tries his hand at coaching. After Chad gets stuck with a cheeky nickname, Nate decides to butt in. And when Gina takes over the student lounge, Nate puts his best foot forward. Sweet! This brand-new collection of Big Nate comics is a breath of fresh air. So relax, kick your shoes off...and Release the Hounds!
In Shops: Sep 21, 2022
SRP: $11.99
ORDER WISH LIST