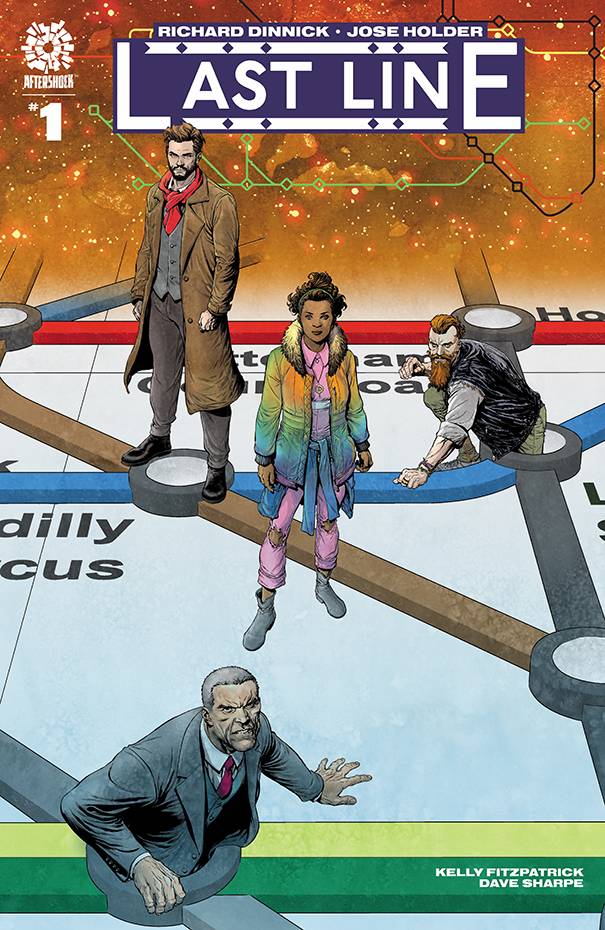 #
JUL221075
(W) Richard Dinnick (A) Jose Holder (CA) Andy Clarke
Sally Hazzard just had the worst day of her life: While on a usual shift as a driver for the tube, the unthinkable happened when a man is pushed in front of her train and killed.

But...there's something strange here. Sally swears the man was pushed but her supervisors, witnesses and the cc tv footage all show the man falling on his own. Sally cannot let this go, and her investigation into the murder introduces her to an MI-6 agent named Edward Tarn also curious about the so-called accident.

Together, Sally and Ed discover an off-world explanation for the assassination, plus an alien invasion and the craziest plot twist of all: an interplanetary travel system buried deep beneath the London Underground!