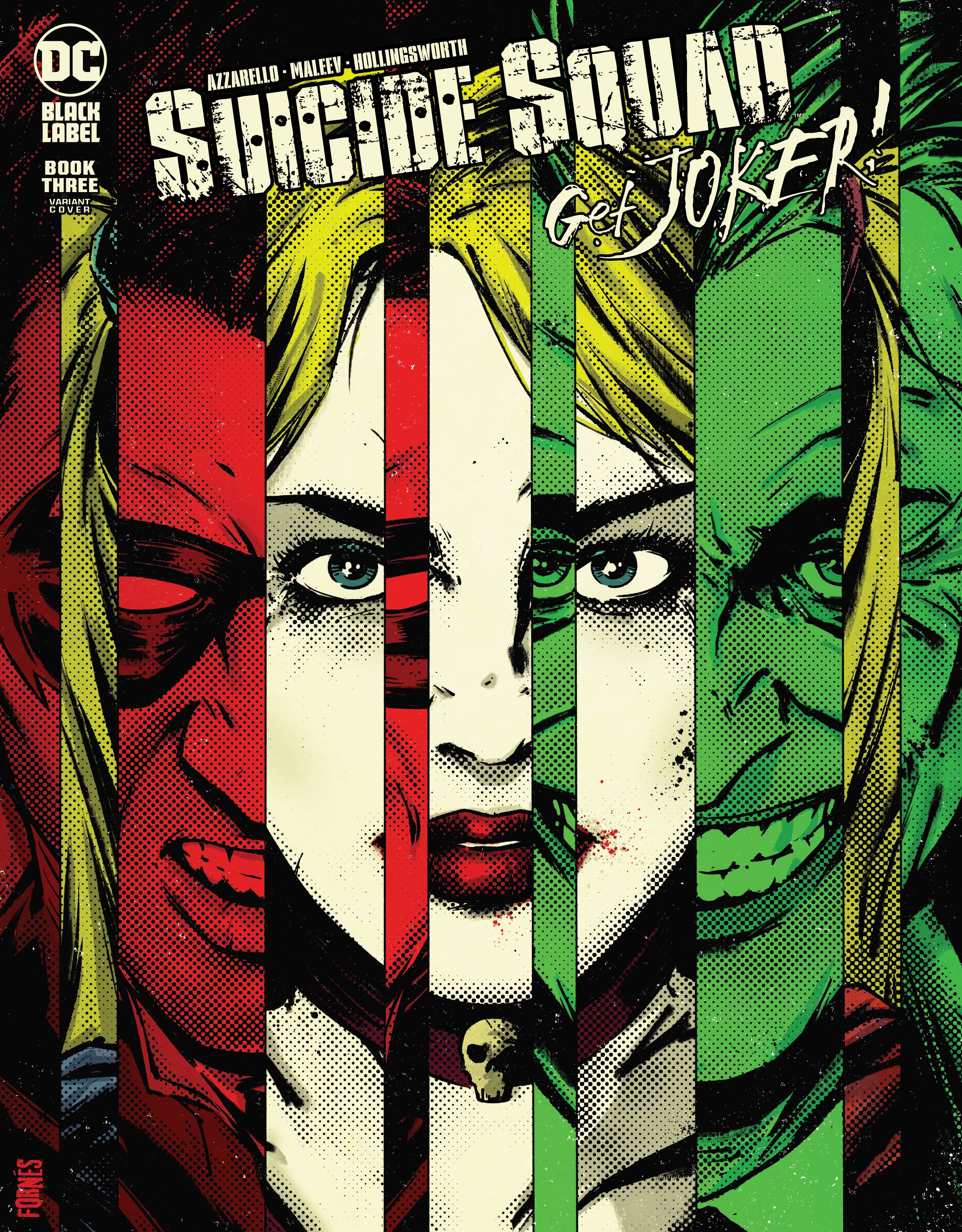 #
JUL217126
(W) Brian Azzarello (A) Alex Maleev
The startling conclusion of this Black Label epic rockets to its surprising, yet inevitable, confrontation between The Joker and the Suicide Squad. With Red Hood wondering who he can trust as he's forced to team up with Harley Quinn and other rogues against the Clown Prince of Crime, one last betrayal changes everything before the final page.
In Shops: Oct 05, 2021
SRP: $6.99
View All Items In This Series
ORDER SUBSCRIBE WISH LIST