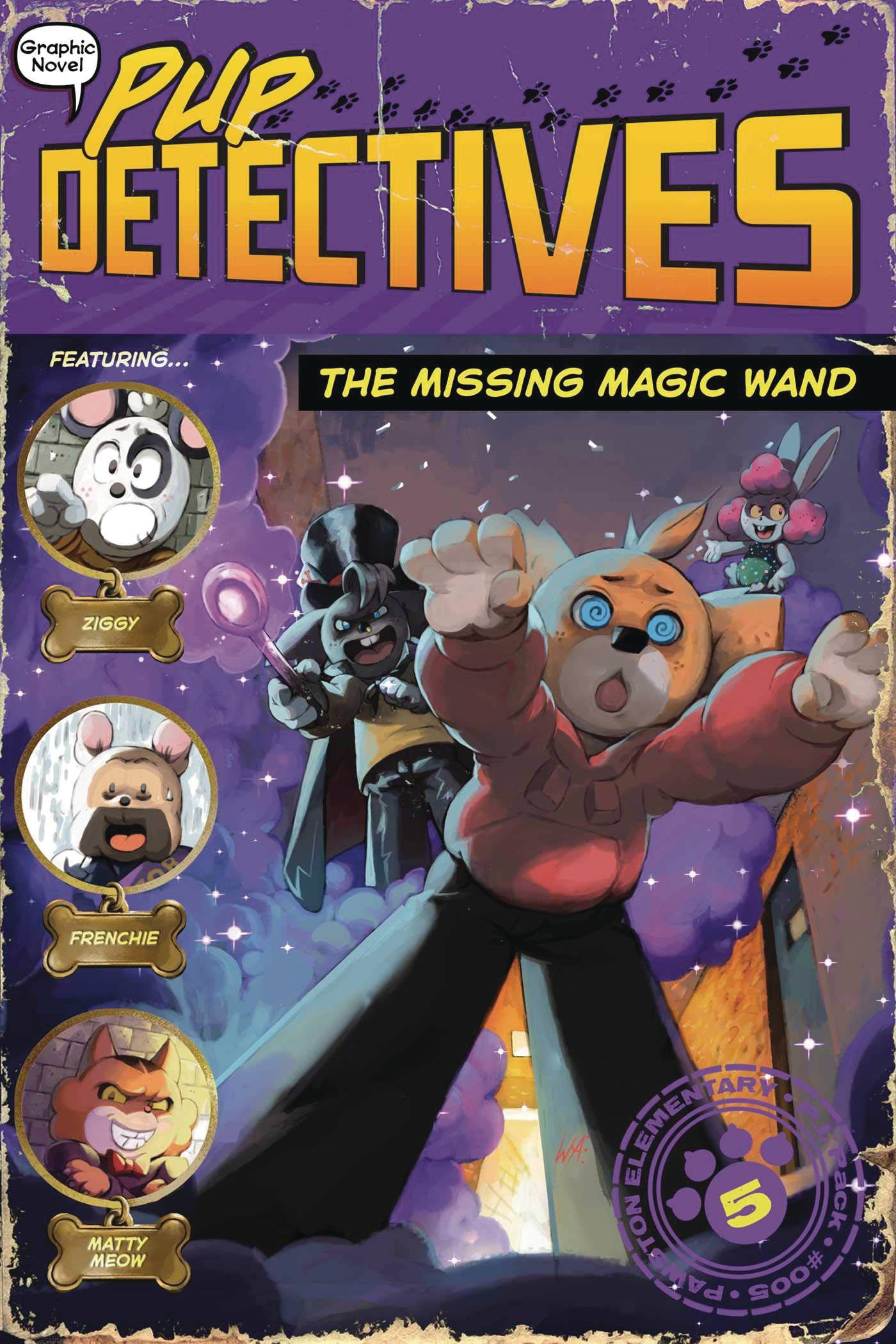 #
JUL211779
(W) Felix Gumpaw (A) Glass House Graphics
In this fifth installment of the Pup Detectives graphic novel series, the pup detectives must save one of their own!
There's a new student at Pawston Elementary named Labra-cadabra-dor, and he has a few magic tricks up his sleeve. When Labra hypnotizes Rider to pull him over to the dark side, the other pup detectives worry they might have bitten off more than they can chew with this magical mystery!
In Shops: Sep 22, 2021
SRP: $17.99
View All Items In This Series
ORDER SUBSCRIBE WISH LIST