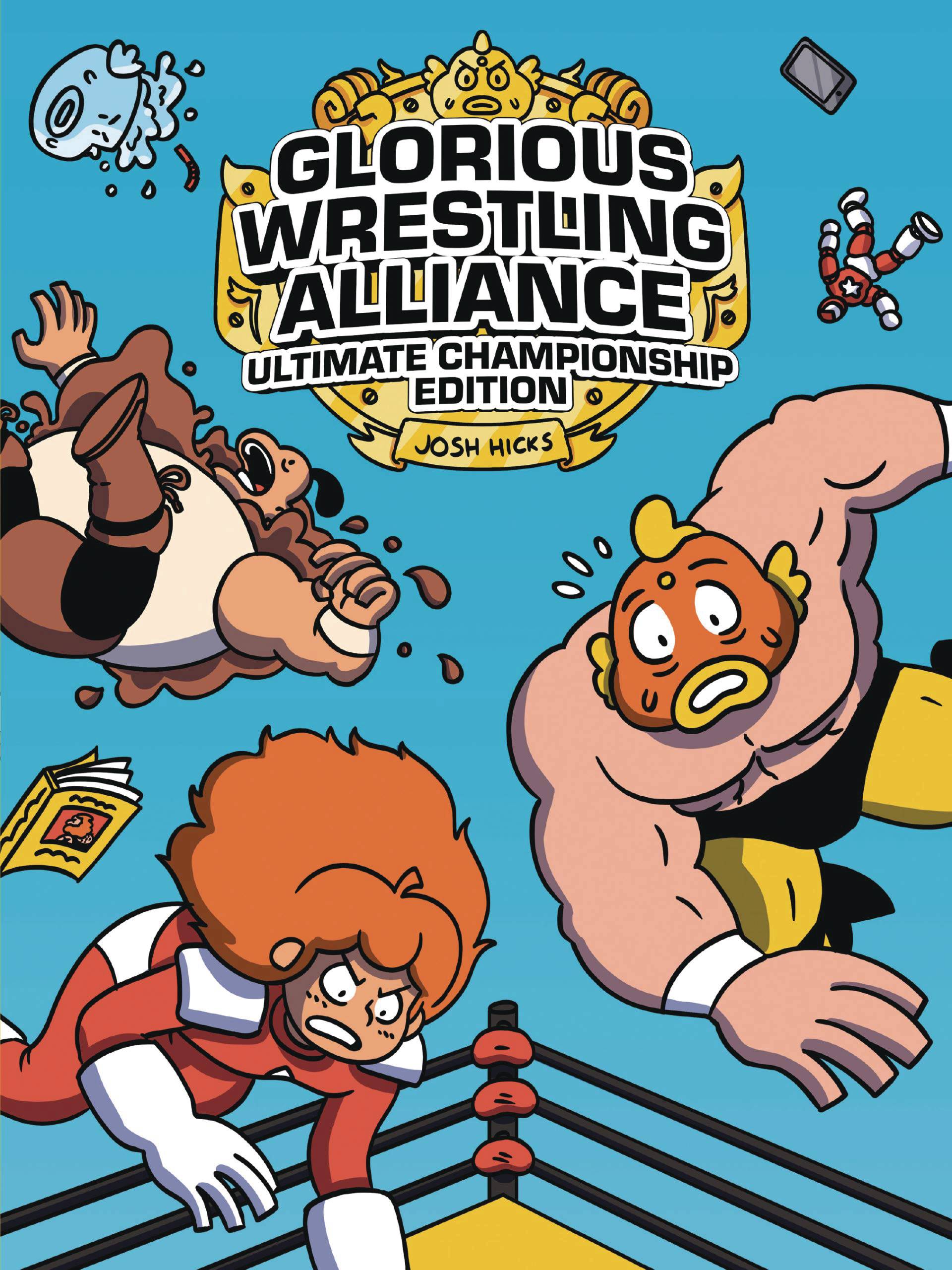 #
JUL211683
(W) Josh Hicks (A) Josh Hicks
Step into the ring at Glorious Wrestling Alliance, the universe's least-professional wrestling company. The Great Carp, an amphibious wonder, is feeling the weight of his championship. Miranda Fury has donned a mask to smash wrestling's glass ceiling. And Gravy Train is desperate for a new gimmick, but it's hard when you're shaped like a giant gravy boat. Collected in colossal full color for the first time, Josh Hicks's cult-hit comic covers identity, anxiety, and leg drops. In this hilarious love letter to the surreal theater of pro wrestling, the insecure grapplers of GWA lock up, throw things, throw each other, and occasionally curl up into little balls.
In Shops: Oct 27, 2021
SRP: $14.99
ORDER WISH LIST