PELLUCIDAR ACROSS SAVAGE SEAS #2 (OF 4) CVR A PUGLIA 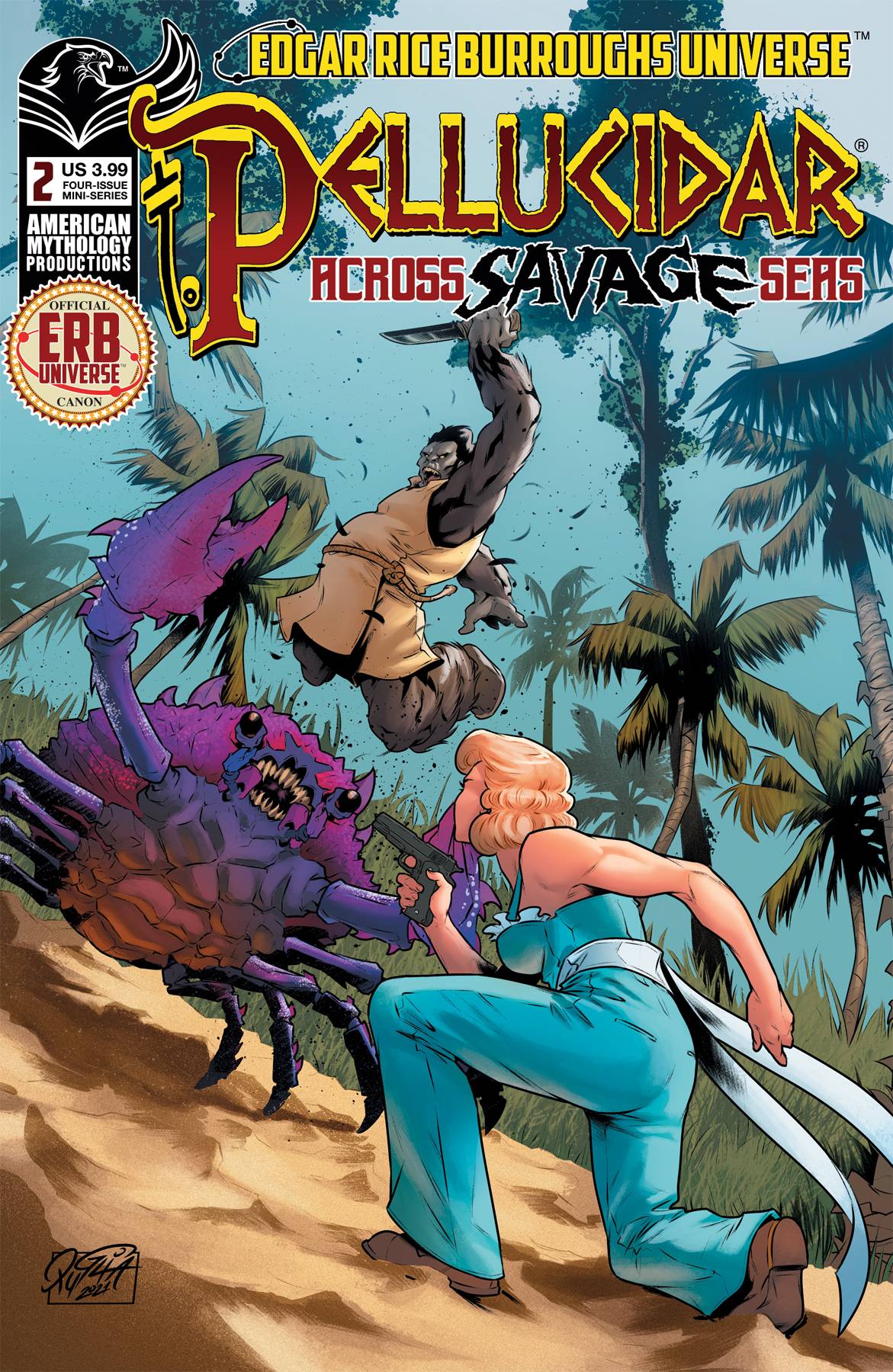 #
JUL211306
(W) Christopher P. Carey, Mike Wolfer (A/CA) Miriana Puglia
The newest, action-packed journey to the Earth's core continues! After being ripped from the giant airship Favonia by a vicious pteranodon, Gretchen von Harben finds herself stranded on a secluded island amidst one of Pellucidar's vast seas. But she's certainly not alone there, because the tropical paradise is home to giant crabs, a brutish, ape-like Sagoth, and a race of sentient crab people who have enslaved hapless humans who are forced to mine the lava tunnels beneath the island. Joining forces with the Sagoth, Gretchen is determined to end the brutal rule of the Krataklaks, or die trying! Based on the proposed novel outline by sci-fi author Christopher Paul Carey, Pellucidar: Across Savage Seas is an official canonical addition to the Edgar Rice Burroughs Universe. This series comes with two covers - Main & 350 copy limited edition Character Designs Variant by series artist Mariana Puglia.
In Shops: Oct 27, 2021
SRP: $3.99
View All Items In This Series
ORDER SUBSCRIBE WISH LIST