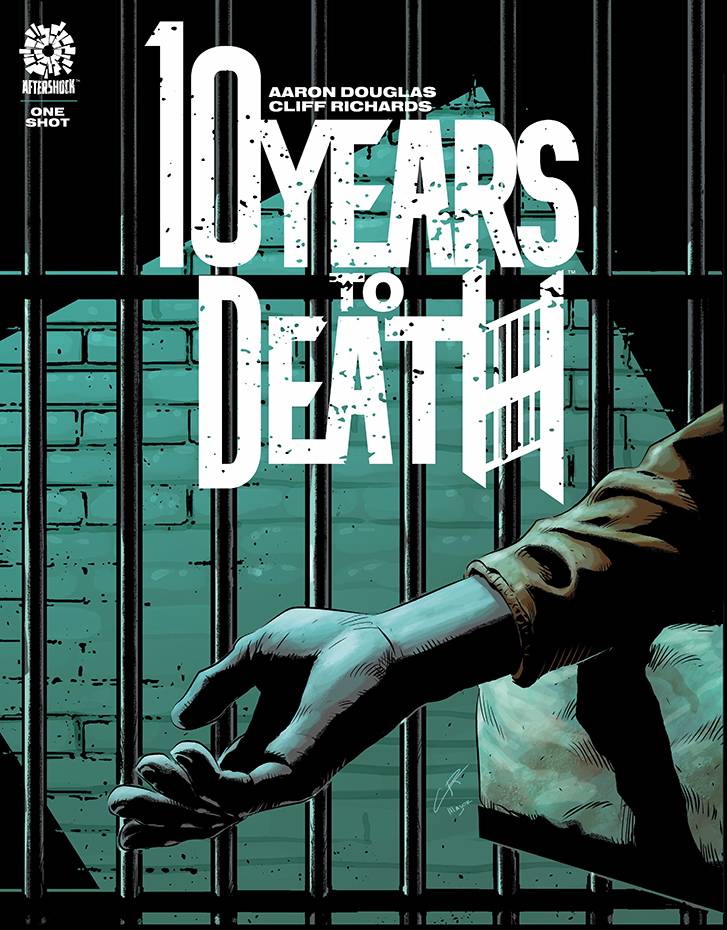 #
JUL211235
(W) Aaron Douglas (A/CA) Cliff Richards
The Shawshank Redemption meets The Sixth Sense, inspired by an eerily bone-chilling true story.
A newly-hired prison guard, a notorious mass murderer finally incarcerated for his crimes, and the death that binds them together. What happens when the murdered becomes the murderer?
A prestige format "One-Shock" featuring top creative talent, 10 YEARS TO DEATH is a horrific, unnerving tale conceived and written by Aaron Douglas ("Chief" from the iconic TV series Battlestar Galactica), and drawn by Cliff Richards (SHOCK, Buffy the Vampire Slayer).
Also offered is a signed edition limited to 1000 copies at $19.99 per copy. Each copy will be signed by Battlestar Galactica's "Chief," Aaron Douglas. The signed edition will ship at the same time as the main edition.
In Shops: Sep 29, 2021
SRP: $6.99