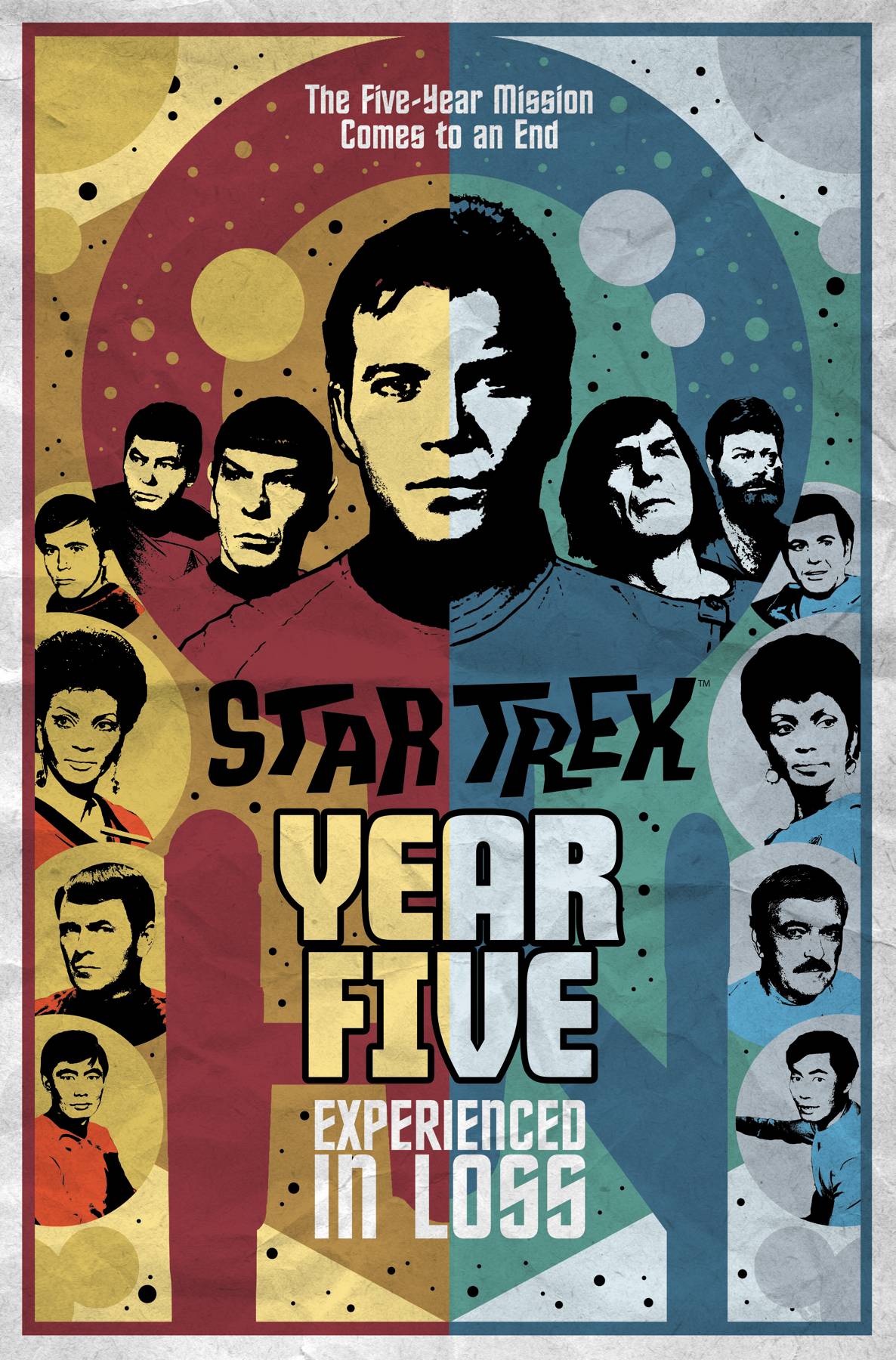 #
JUL210486
(W) Brandon Easton, Jim McCann, Jackson Lanzing, Collin Kelly, Paul Cornell, Jody Houser (A) Silvia Califano, Angel Hernandez, Stephen Thompson, Christopher Jones, Carlos Nieto, Megan Levens (CA) J.J. Lendl
The five-year mission reaches its epic conclusion, where Kirk and the Enterprise crew will have their bonds tested, secrets revealed, and futures cast into doubt!
First, Kirk meets his romantic match in fellow Starfleet captain Laura Rhone. But will she be the one, or the one that got away? Then, while investigating a mysterious structure on his home planet, Spock vanishes! Can Kirk, Bones, and company find where-or when-their friend has gone? And what does Spock's entanglement in Vulcan's past mean for its future?
Finally, the showdown that's been building for the last year is here! Gary Seven and the shadowy AEGIS organization's scheme has stretched from the grand Tholian Assembly to the pestilential Harry Mudd. Now their ultimate plan comes to fruition, and only the crew of the U.S.S. Enterprise can hope to stop it! When the smoke clears, what will be left for our heroes? Collects issues #20-25 of the series.
In Shops: Apr 20, 2022
SRP: $19.99
View All Items In This Series