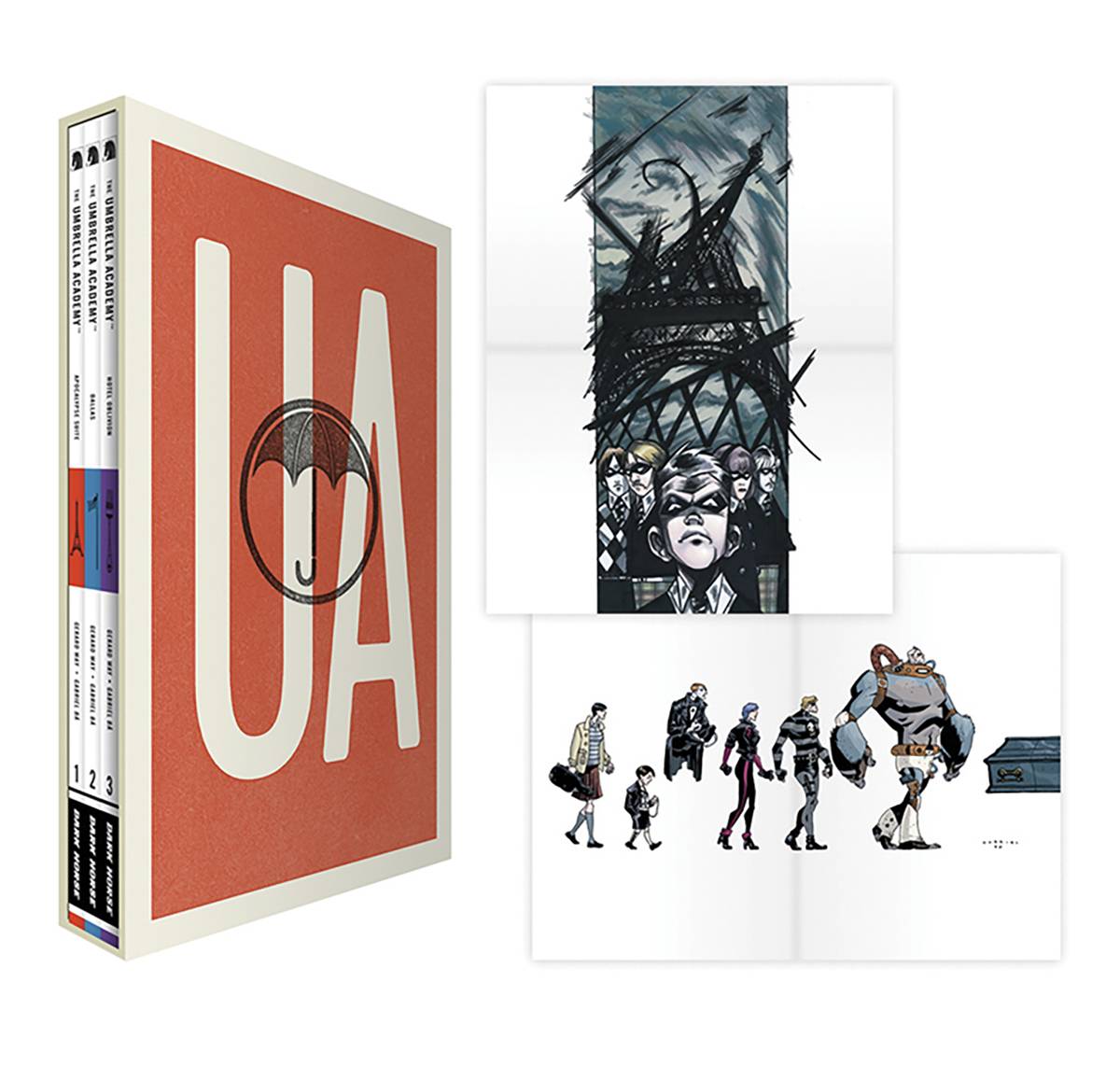 #
JUL210321
(W) Gerard Way (A/CA) Gabriel Ba
Three magnificent New York Times bestselling Umbrella Academy original graphic novels tied to the hit Netflix show are collected into one deluxe boxed set featuring an exclusive, double-sided poster! In an inexplicable worldwide event, forty-three extraordinary children were spontaneously born by women who'd previously shown no signs of pregnancy. Millionaire inventor Reginald Hargreeves adopted seven of the children; when asked why, his only explanation was, "To save the world." These seven children form The Umbrella Academy, a dysfunctional family of superheroes with bizarre powers. Nearly a decade after their first mission, the team disbands, but when Hargreeves unexpectedly dies, these disgruntled siblings reunite just in time to save the world once again.
In Shops: Nov 17, 2021
SRP: $55.97
ORDER WISH LIST