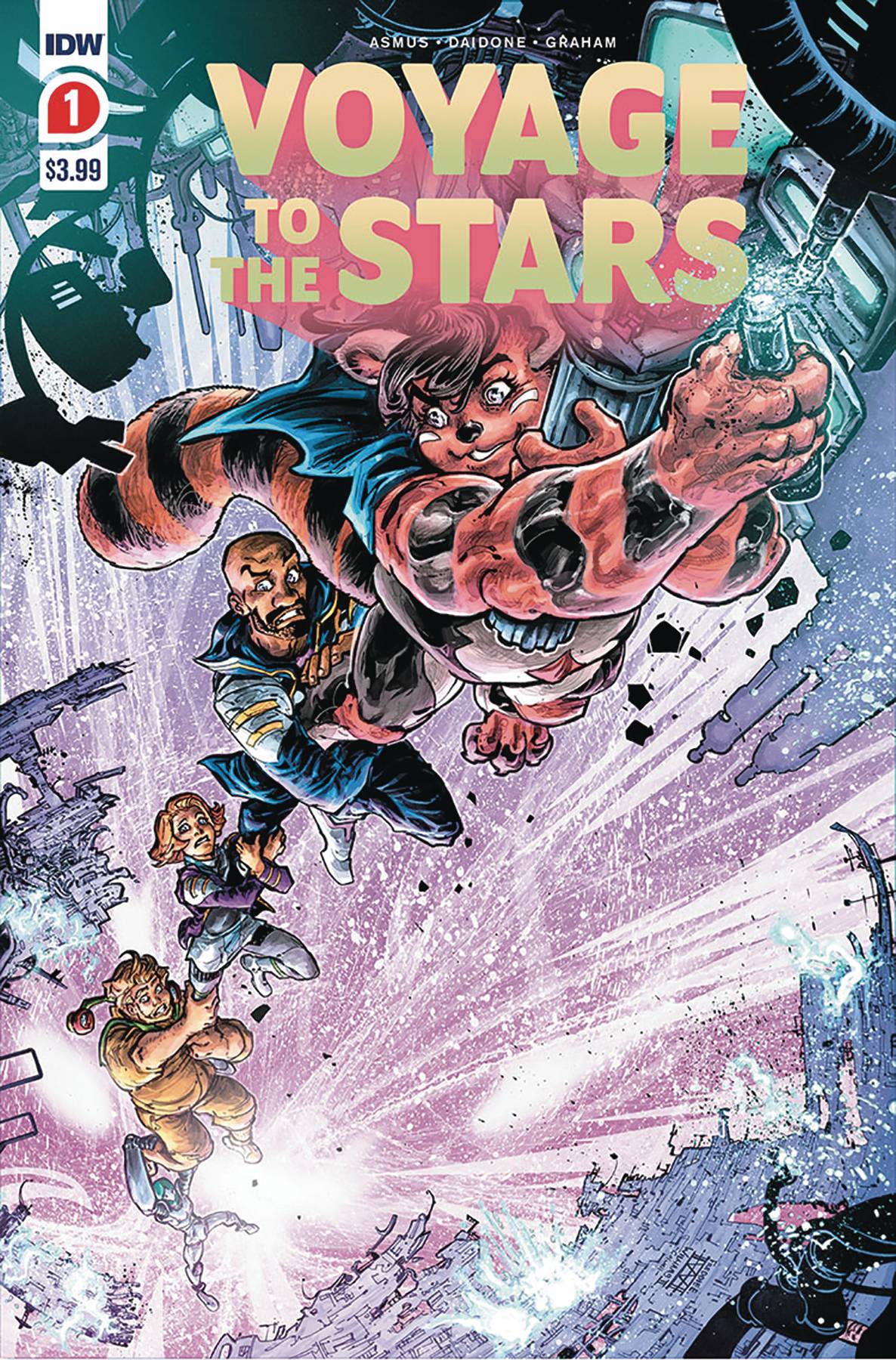 #
JUL208888
(W) James Asmus (A) Connie Daidone
Second printing !  The hit sci-fi comedy podcast starring Colton Dunn (Superstore), Felicia Day (Supernatural), Janet Varney (Legend of Korra), Kirsten Vangsness (Criminal Minds), and Steve Berg (Drunk History) crashes into comics! Earth is gone. Only one intrepid crew of misfits managed to escape, now determined and ambiguously destined to stop a growing, ancient evil from consuming the universe. Though stopping it may be tricky, as our heroes can't help but destroy just about every planet and species they come across. Kinda debatable who's the bigger threat.

Voyage to the Stars is a bonafide podcast phenomenon! With 2.5 million downloads in its debut year and over 100,000 viewers on Twitch, the wild sci-fi podcast that's consistently ranked in the Top 100 for comedy is now on its way to conquer the comics world, helmed by five-time Harvey Award-nominee James Asmus!
In Shops: Nov 11, 2020
SRP: $3.99
View All Items In This Series