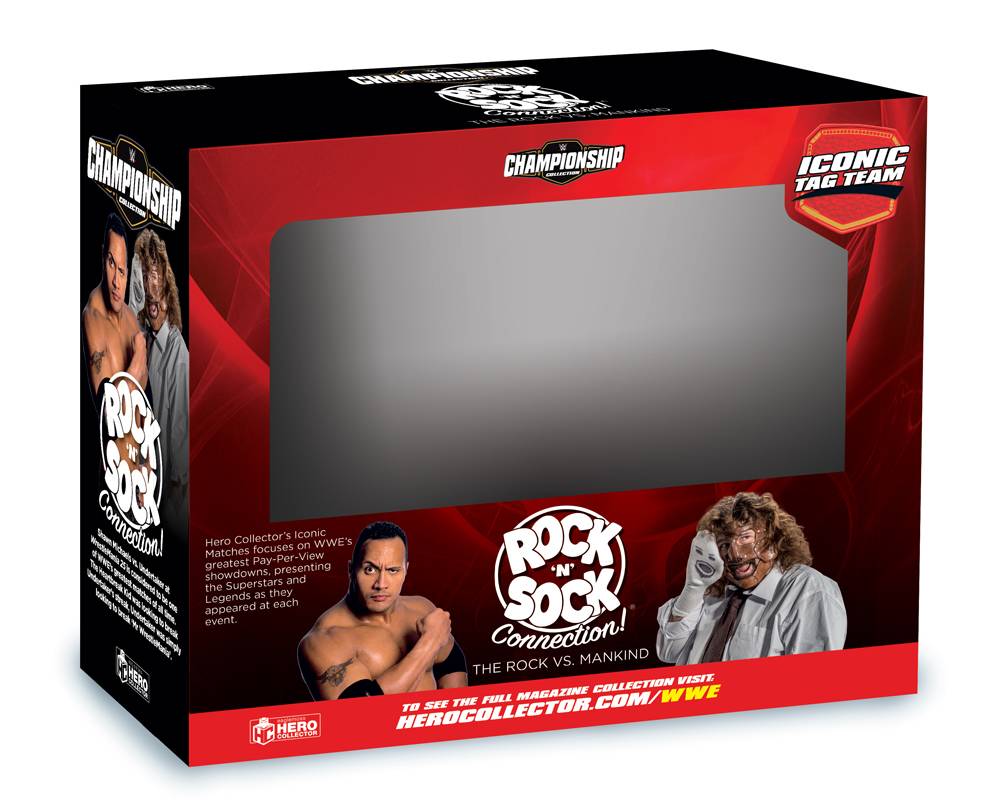 # # # # # # # # # # #
JUL201943
The Most Electrifying Man in Sports Entertainment and Mrs Foley's Baby Boy, two Superstars that couldn't be more different. As strong as they were as rivals, they were even better as partners, with The Rock 'n' Sock Connection becoming one of the WWE Universe's most beloved tag teams.
The definitive WWE magazine collection, immortalising the greatest personalities and champions from over 50 years of WWE history.
This special issue features two officially approved 16-page magazines. Written by WWE experts, the magazine takes a look at each Superstar's career, their greatest matches and the history of the tag teams.
In Shops: Sep 16, 2020
SRP: $37.99
View All Items In This Series