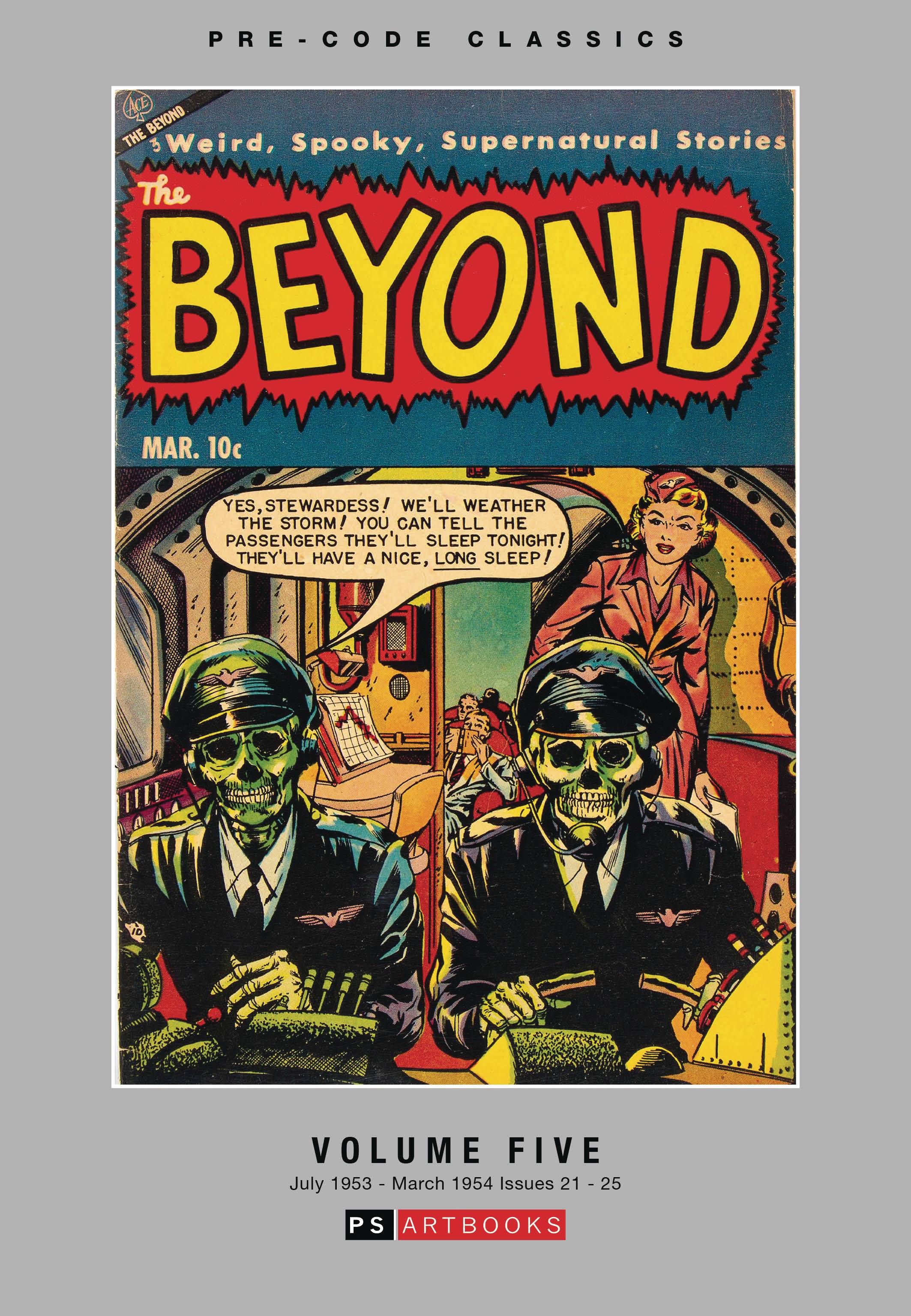 #
JUL201357
(A) Lin Streeter, Dick Beck, Jim McLauchlin, Louis Zansky, Sy Grudko, Ken Rice, Lou Cameron
There's something spooky about the flight crew featured on the cover of the penultimate volume of Ace Magazines' The Beyond, and the scares don't end there, Captain, as, of course, you would expect with such a creative line-up of sketchers and scribblers featured in issues 21 through 25 from the glorious golden years, I mean, hey, we're talking Sy Grudko, Dick Beck, Lou Cameron, Jim McLaughlin, Lin Streeter, Ken Rice and Louis Zansky So don't hang about, when you thought it was gonna be safe to put your wallet away, think again cos here comes even more fun 'n' games in the form of ghouls and cadavers, vampires and ghosts! Collects The Beyond #21-25 (July 1953 to March 1954).
In Shops: Feb 17, 2021
SRP: $46.99
View All Items In This Series