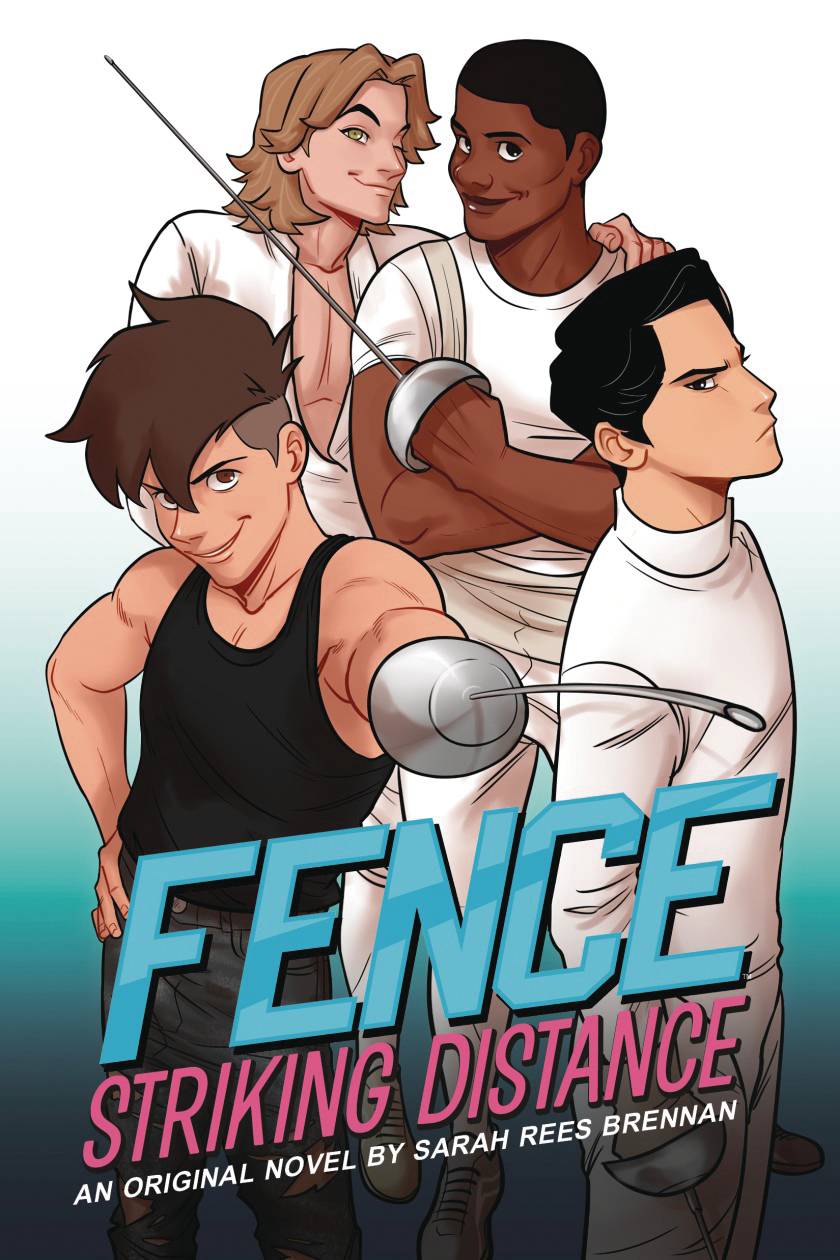 #
JUL201273
(W) Sarah Rees Brennan (A) Johanna the Mad
The boys of Kings Row bout with drama, rivalry, and romance in this original YA novel by New York Times-bestselling author Sarah Rees Brennan, based on the comic published by BOOM! Studios. Sixteen-year-old Nicholas Cox is the illegitimate son of a retired fencing champion who dreams of getting the proper training he could never afford. After earning a place on the elite Kings Row fencing team, Nicholas must prove himself to his rival, Seiji Katayma, and navigate the clashes, friendships, and relationships between his teammates on the road to state championships. It takes a shoplifting scandal, a couple of moonlit forest strolls, several hilariously bad dates, and a whole lot of introspection for the team to realize they are stronger together than they could ever be apart.
In Shops: Sep 30, 2020
SRP: $12.99
ORDER WISH LIST