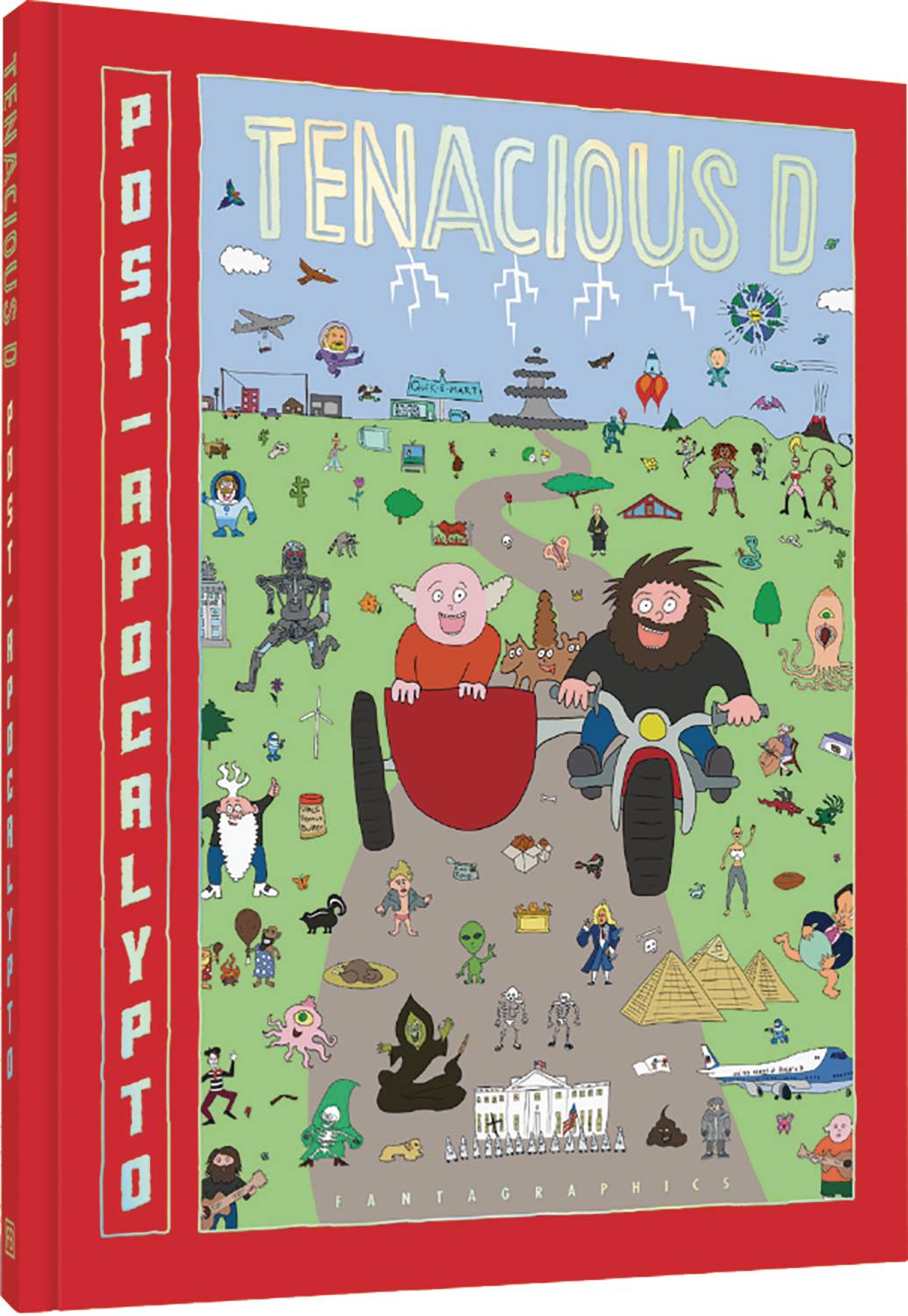 In the fall of 2018, the Greatest Band in the World - Tenacious D (comprised of Jack Black and Kyle Gass) - added arguably its most crucial work to an already scintillating catalogue of rock greatness: Tenacious D in Post-Apocalypto the movie (available on YouTube) and Post-Apocalypto the album. And now - with great excitement - Tenacious D will add the final piece to the Post-Apocalypto universe: the graphic novel, which Jack Black drew and Kyle Gass wrote, complete with accompanied audio. Post-Apocalypto finds Tenacious D thrust into a world of complete and utter destruction following the drop of an atomic bomb. Surviving the attack in classic cinematic fashion (a good old imperishable 1950s refrigerator), the duo quickly learn that new forms of evil have spawned from the blast. One thing becomes apparent - for humanity to prevail, Tenacious D must save the world. With unimaginable twists and turns, an insane visit to the White House, a time machine, a space adventure, and the help of some tried-and-true daddy issues, Post-Apocalypto is as hilarious as it is political, and as brilliant and multi-faceted as its incredible creators.
In Shops: Sep 16, 2020
SRP: $29.99