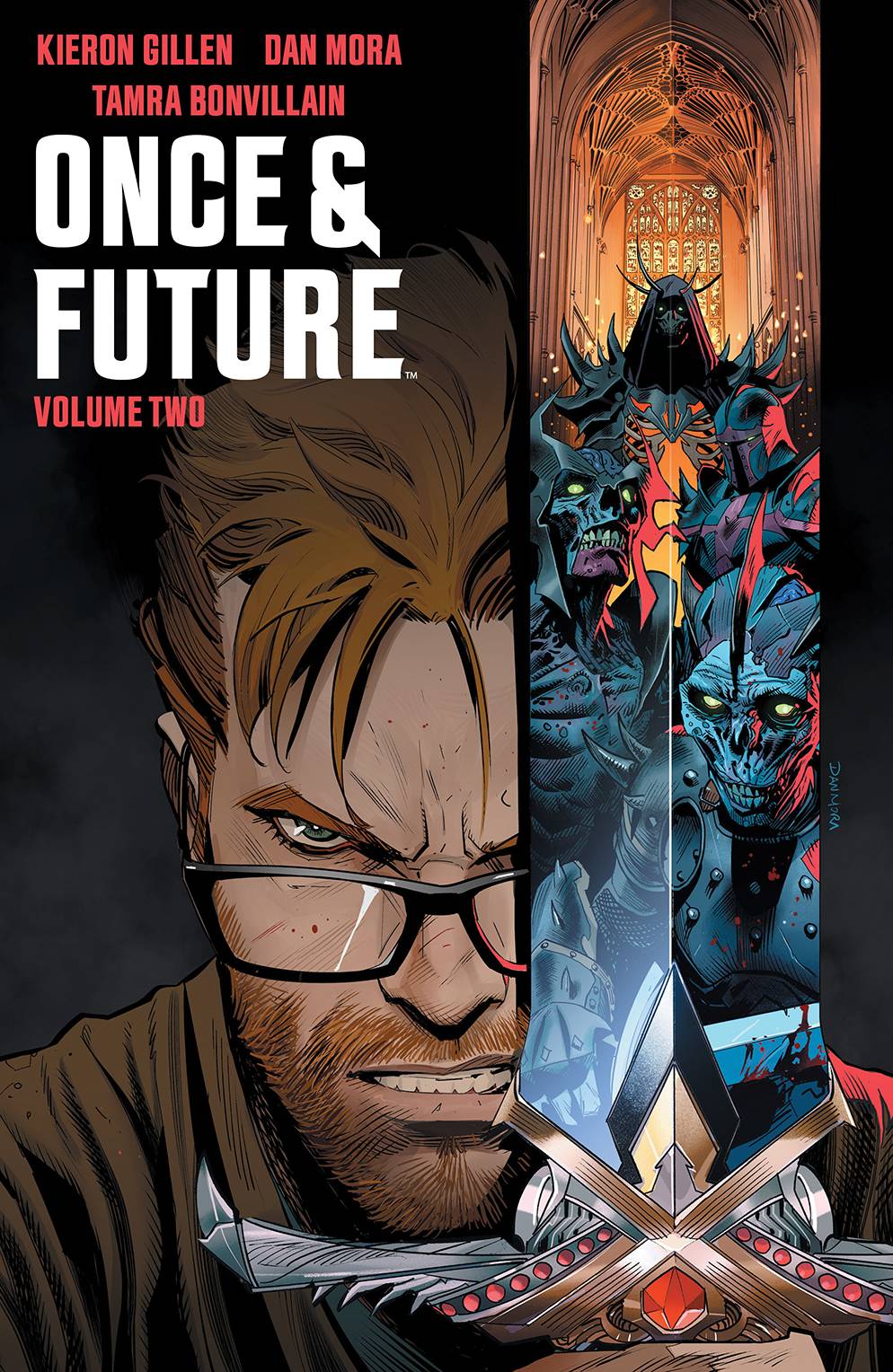 #
JUL200928
(W) Kieron Gillen (A/CA) Dan Mora
* Although Bridgette and Duncan stopped Arthur from retrieving the grail, their actions have accidentally thrown the Otherworld into shambles, allowing for new legends and characters to make their appearance - and bring a world of trouble along with them.
* When a helmet at the British Museum is taken, Bridgette and Duncan are confronted by another hero of yore, one who will lead them to facing off against their most formidable challenge yet... a beast and his mother.
* New York Times bestselling writer Kieron Gillen (The Wicked+The Divine, Star Wars) and Russ Manning Award-winning artist Dan Mora (Buffy The Vampire Slayer, Klaus) deliver the next chapter of the critically-acclaimed series that took the world of comics by storm!
* Collects Once & Future #7-12.
In Shops: Nov 11, 2020
SRP: $16.99
View All Items In This Series