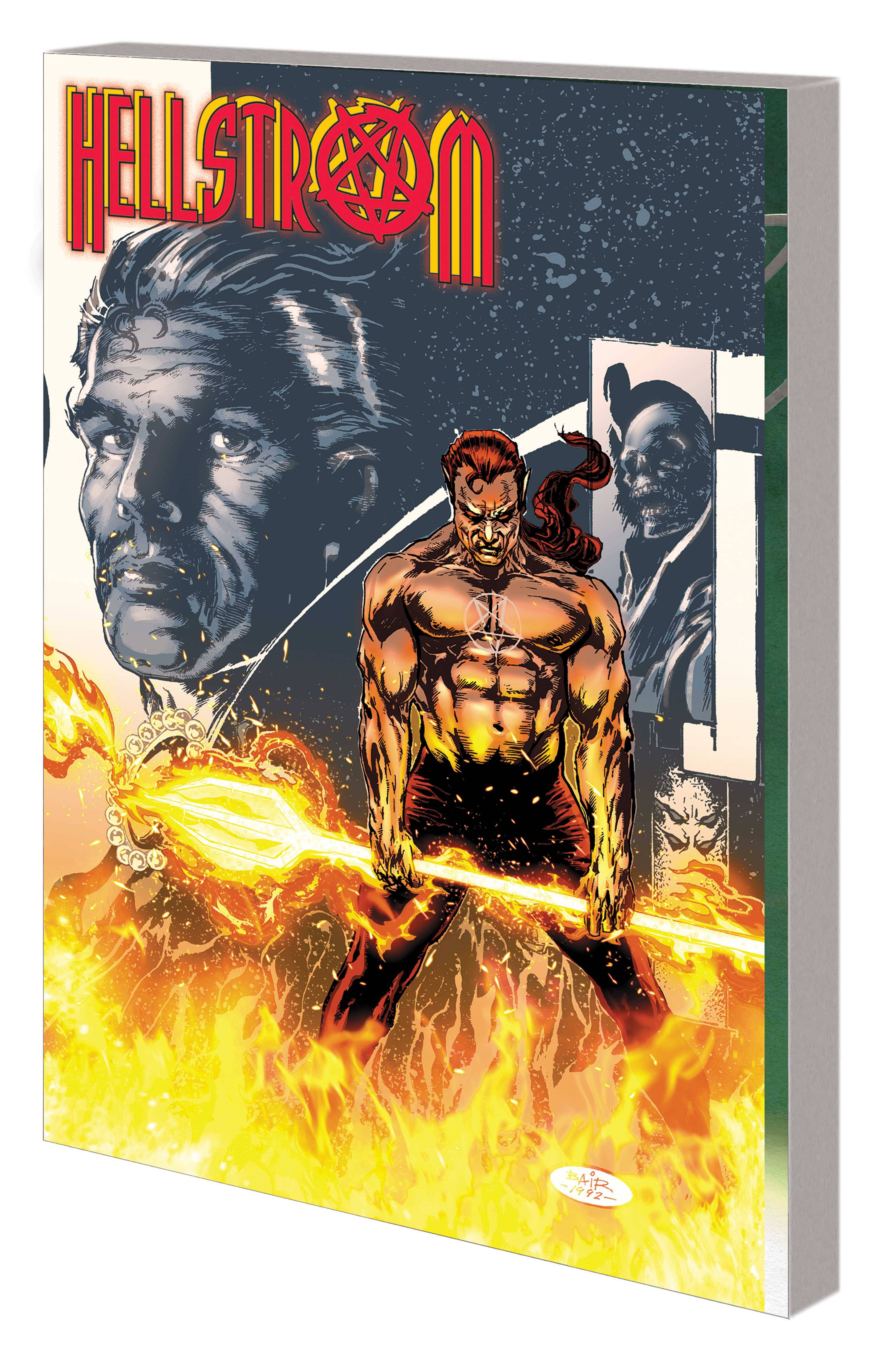 #
JUL200696
(W) Rafael Nieves, Len Kaminski (A) Michael Bair, More (CA) Derek Yaniger
The Son of Satan is back - and there's hell to pay! Daimon Hellstrom has long struggled with his nature and his evil parentage. He's been an adventurer, a hero and a Defender - even a husband to Patsy "Hellcat" Walker. But that was years ago. Now storm clouds gather as Hellstrom walks among mortal men once more - for his new path is one of death and damnation! Unholy threats are on the rise, and the cynical, embittered Hellstrom is the only one who can combat them - if he can survive the many tricks his father's kingdom has in store! Hellstrom encounters Gabriel the Devil-Hunter, Doctor Strange, the Gargoyle and more as he battles demonic doppelgangers, murderous mortals, faith healers and damned souls. But what will happen when Hellstrom goes to Hell? Collecting HELLSTORM: PRINCE OF LIES #1-11.
Rated T+
In Shops: Oct 21, 2020
SRP: $24.99