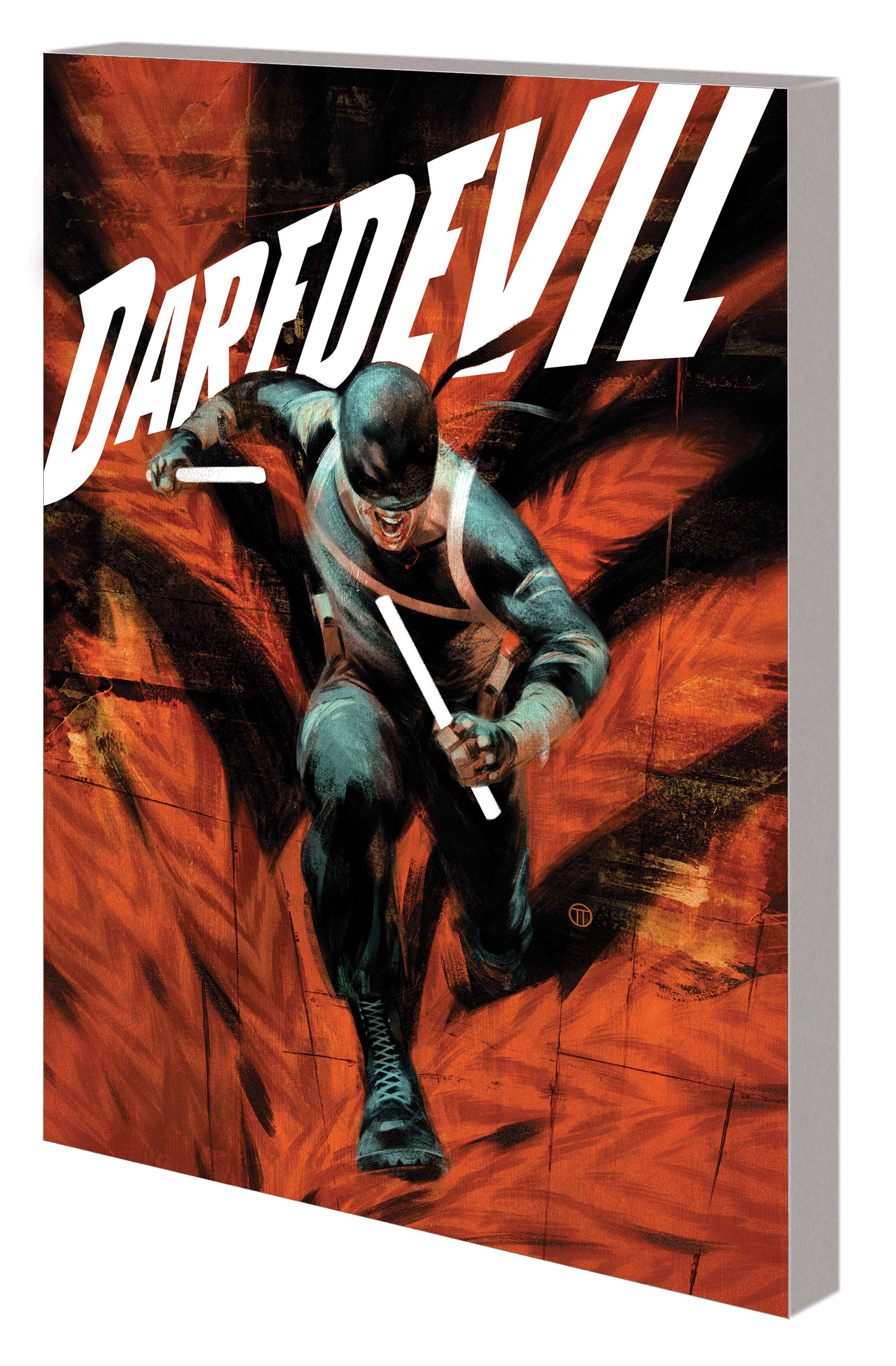 #
JUL200695
(W) Chip Zdarsky (A) Jorge Fornes, Marco Checchetto (CA) Julian Totino Tedesco
Will the Devil of Hell's Kitchen make his return? As Matt Murdock rekindles his alliance - and possibly more - with Elektra, New York Mayor Wilson Fisk works on some deadly allegiances of his own. But a war is building in Hell's Kitchen as Hammerhead makes his move, and the Owl takes a stab at the Kingpin! Matt Murdock must come to terms with what being Daredevil truly means. And he had better do it soon, as a new and deadly foe has arrived on the scene with a decisive strike - and all hell is about to break loose. As the streets burn, a gang of lethal super villains runs riot, and the Kitchen is left hanging by a thread. That thread...is Daredevil. Collecting DAREDEVIL (2019) #16-20.
Rated T+
In Shops: Sep 30, 2020
SRP: $15.99
View All Items In This Series