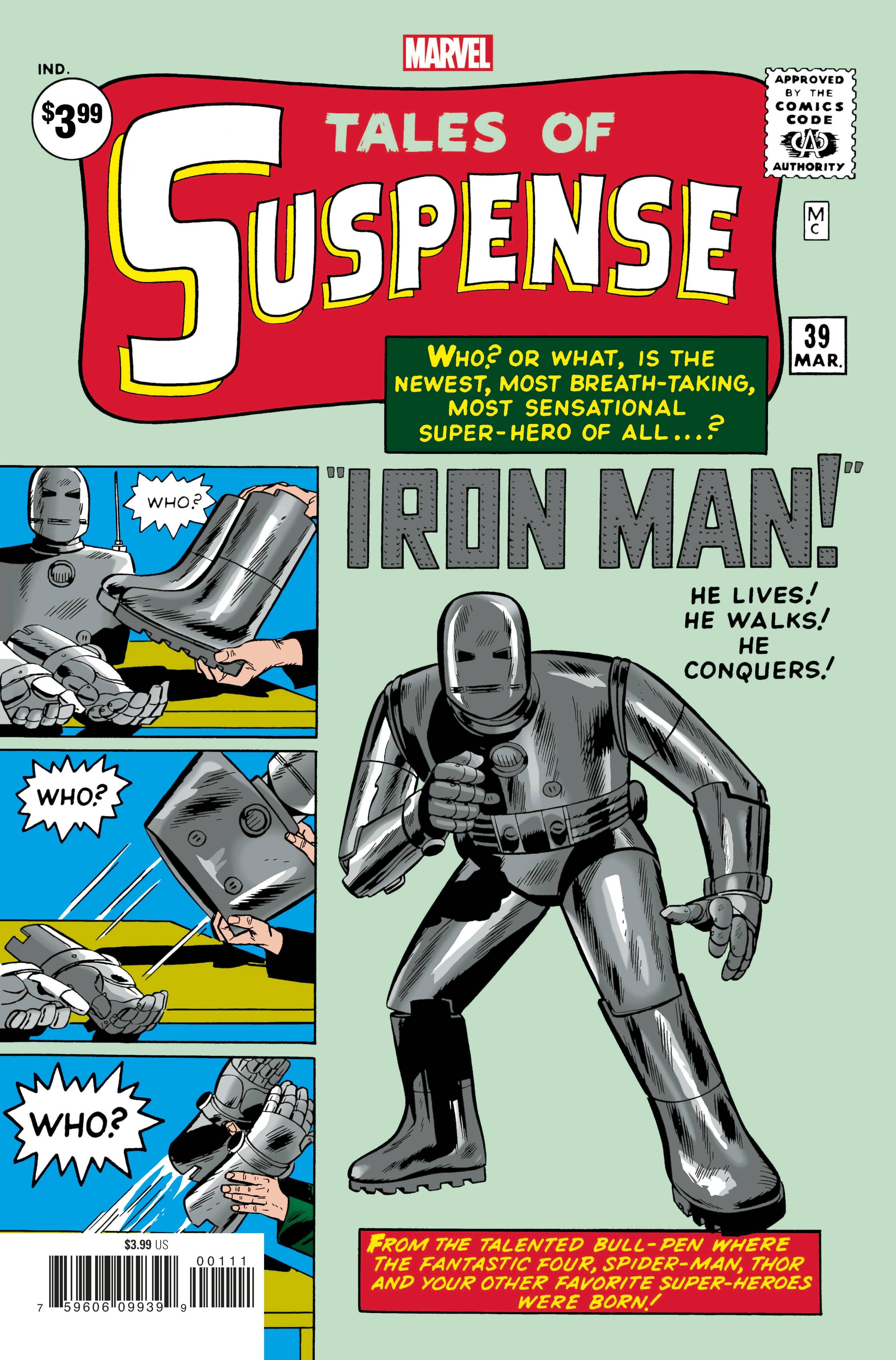 #
JUL200605
(W) Stan Lee, Larry Lieber (A) Don Heck, Gene Colan, Steve Ditko (CA) Jack Kirby
Iron Man is born! In one of the most significant issues of the Silver Age, Stan Lee, Larry Lieber and Don Heck unite to introduce Tony Stark - a character destined to be an icon! When Stark, a brilliant arms manufacturer, is captured and ordered to develop weapons for an evil tyrant, he instead forges a mighty suit of iron that empowers his escape - and safeguards his wounded heart! Stark's daring transformation ultimately sets him on a path of redemption that would forge him into one of Earth's mightiest heroes: the invincible Iron Man! It's one of the all-time great Marvel comic books, boldly re-presented in its original form, ads and all! Reprinting TALES OF SUSPENSE (1959) #39.
All Ages
In Shops: Sep 23, 2020
SRP: $3.99