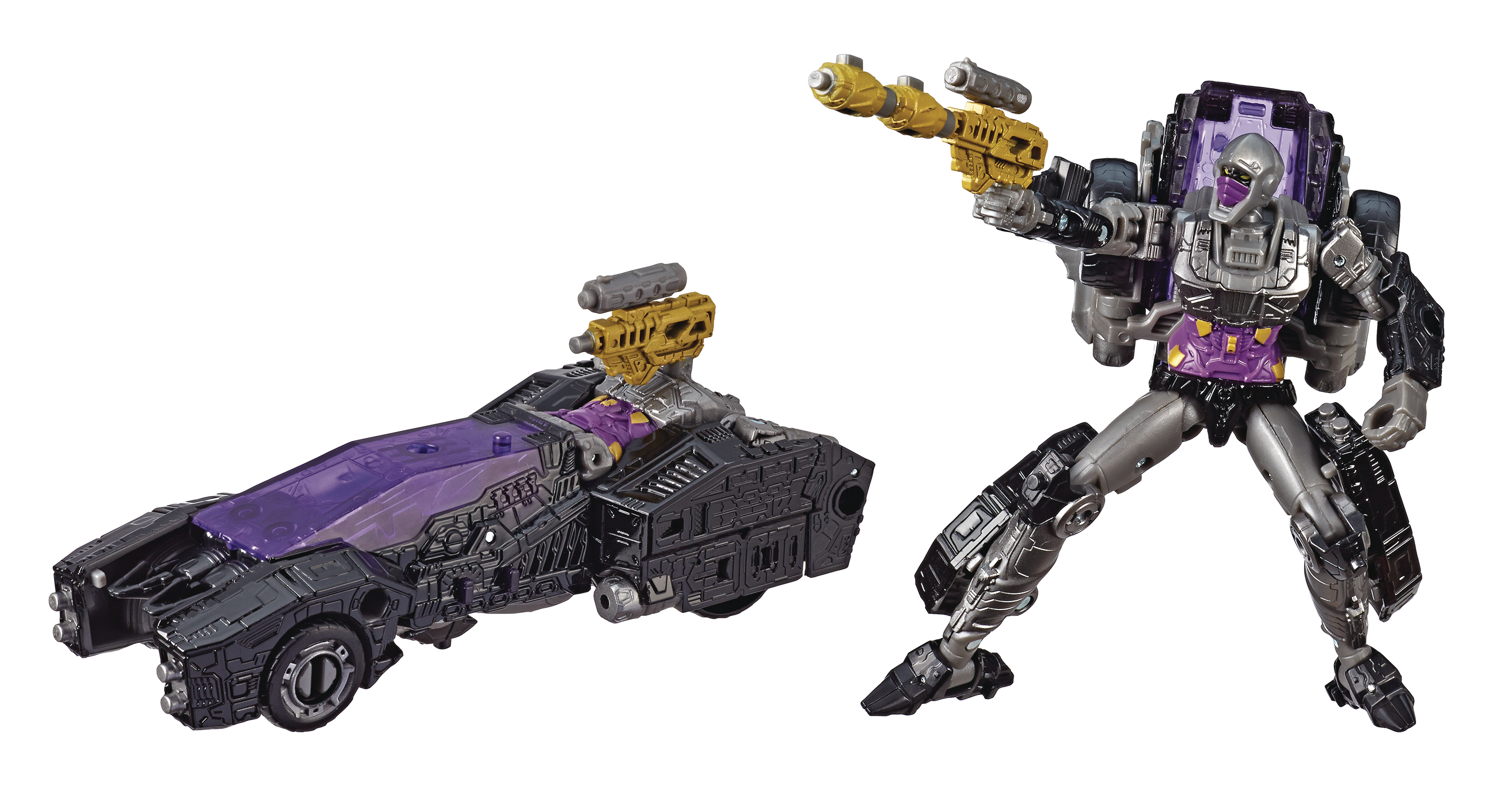 JUL198473
From Hasbro Toy Group. Generations Selects is a fan-dedicated line of figures featuring special edition characters that can't be found in the main line! Fans first saw Nightbird created to benefit mankind by Doctor Fujiyama and know that experiment went awry. But now fans can see the mysterious masked enemy with marital arts prowess as a special edition Nightbird figure! Comes with 4 ninja weapon accessories that combine and attach to each other: Venomizer Blaster, Nightshock Baton, and 2 Flash Grenades. Fans will remember the alt mode of Nightbird is never shown in the G1 series. This figure's alt mode design is inspired by how Nightbird would have appeared on Cybertron.