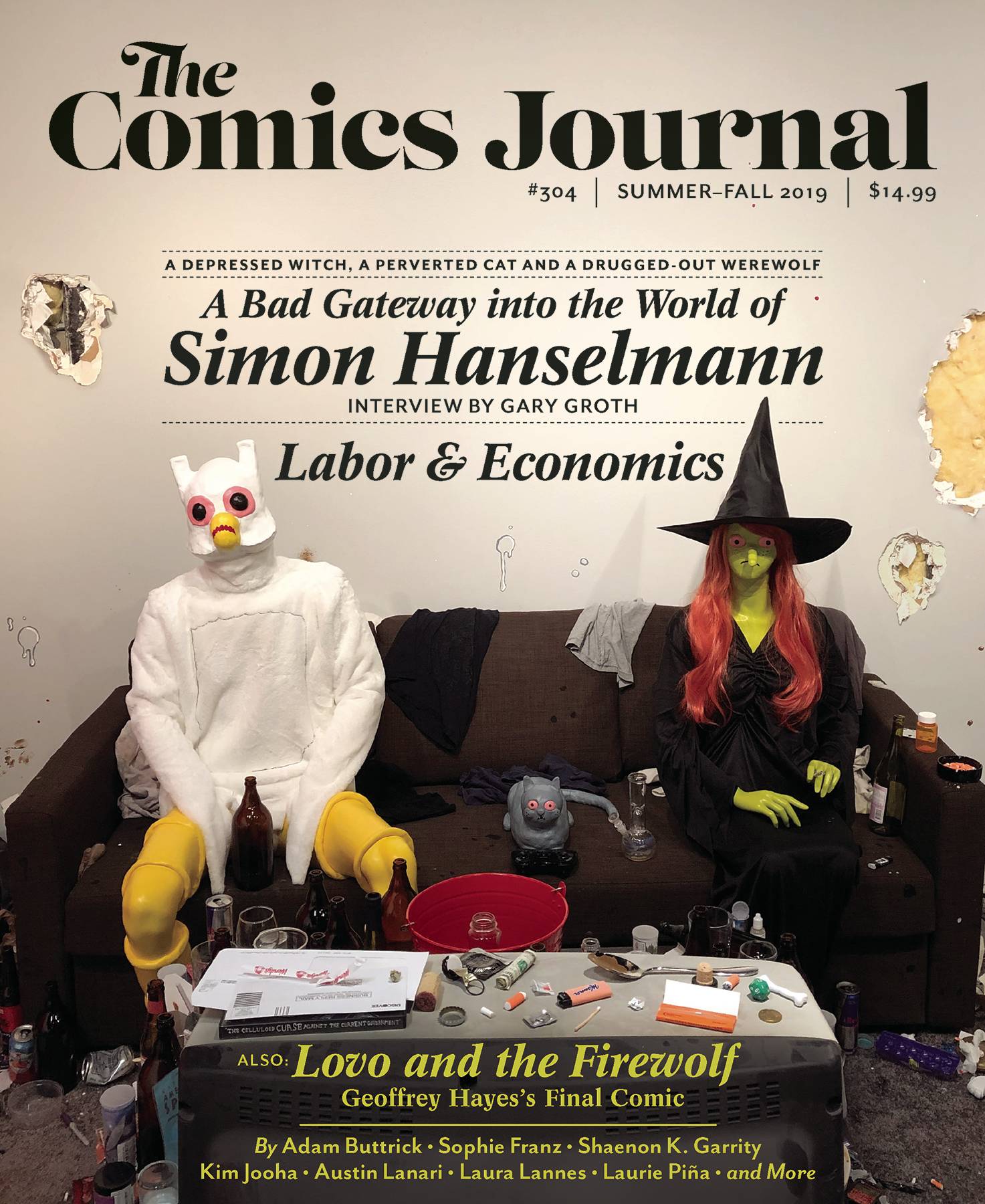 #
JUL191907
The Comics Journal #304 features a conversation with Simon Hanselmann, who discusses how his webcomic became an internationally acclaimed phenomenon. This issue also highlights labor and economics issues facing the medium plus a look at the unfinished graphic novel that Geoffrey Hayes was working on before his untimely death in 2017. Also, a peak inside the sketchbook of Sophie Franz, new work by Brazilian cartoonist Laura Lannes and a reconsideration of the comics canon by Shaenon K. Garrity. And more!
In Shops: Oct 16, 2019
SRP: $14.99
View All Items In This Series
ORDER SUBSCRIBE WISH LIST