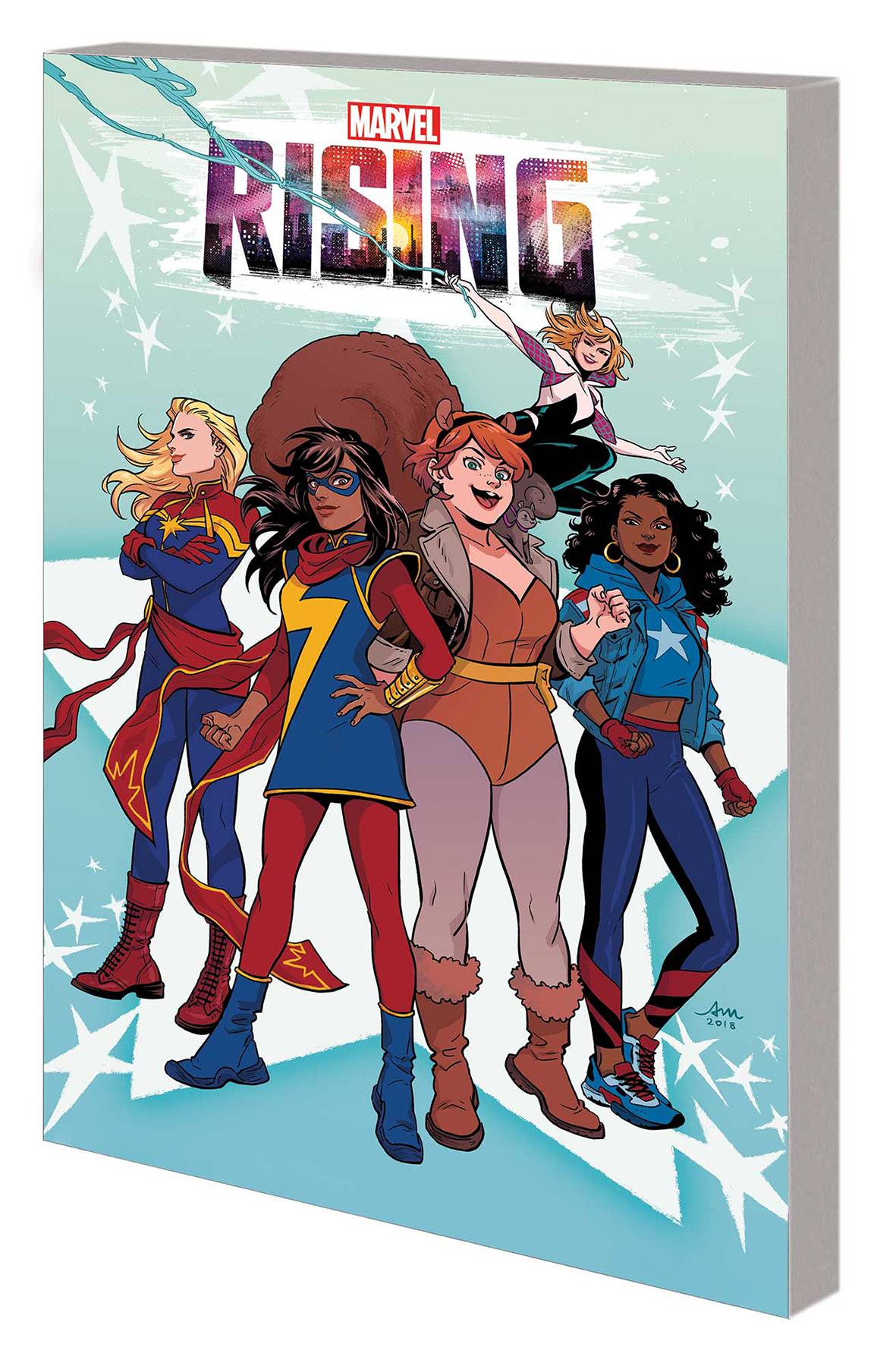 #
JUL191129
(W) Nilah Magruder (A) Roberto Di Salvo (CA) Audrey Mok
Magic, monsters and more! Ms. Marvel and Squirrel Girl are an unbeatable team! But they're in for a serious challenge, because the city has been invaded by a swarm of knights in shining...cars armed with javelins?! Uh-oh. Kamala Khan and Doreen Green are gonna need allies - and they know just who to call. Miles "Spider-Man" Morales, the Inhuman known as Inferno, former S.H.I.E.L.D. agent Daisy Johnson and more join the fray against sorceress Morgan Le Fay, who plans to transform the Inhumans' home of New Attilan into New Camelot! Collecting MARVEL RISING (2019) #1-5.
Rated T
In Shops: Sep 25, 2019
SRP: $12.99