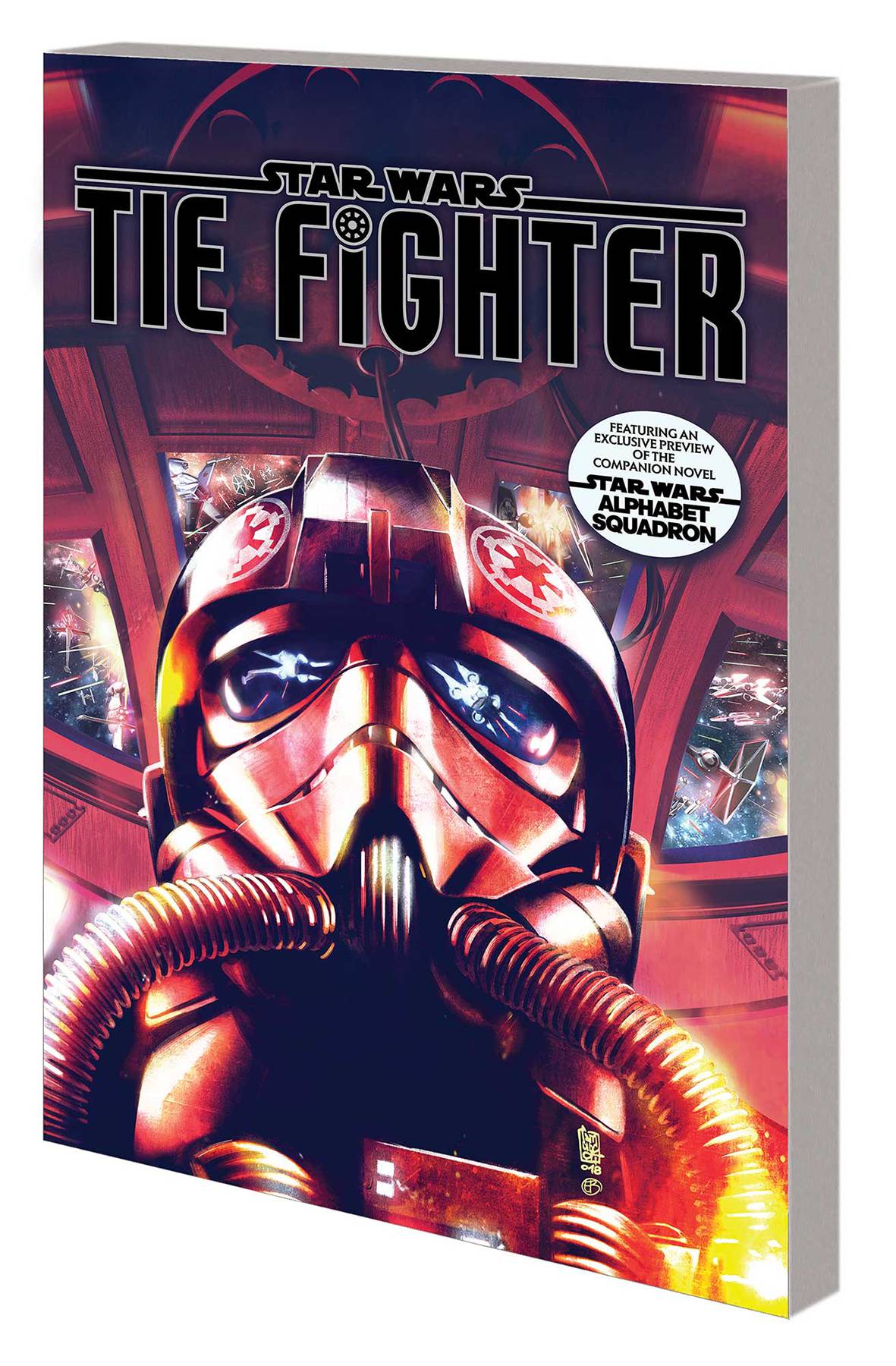 #
JUL191113
(W) Jody Houser (A) Roge Antonia, Joshua Cassara, More (CA) Giuseppe Camuncoli, Elia Bonetti
Enter Shadow Wing - the Empire's salvation, and the Rebellion's doom! As the war between the rebels and the Galactic Empire stretches on, it's the innocent people of the galaxy who are most at risk. An elite squadron of TIE fighter pilots is assembled to help protect Imperial interests - and hammer the Emperor's fury down upon the treasonous and violent Rebel Alliance. But how far is this untested team willing to go to preserve law and order? Are the pilots of Shadow Wing as loyal to the Empire as they seem? And on a dangerous mission to deal a devastating blow to the Rebellion, will any of them survive the fight? Collecting STAR WARS: TIE FIGHTER #1-5.
Rated T
In Shops: Oct 16, 2019
SRP: $15.99