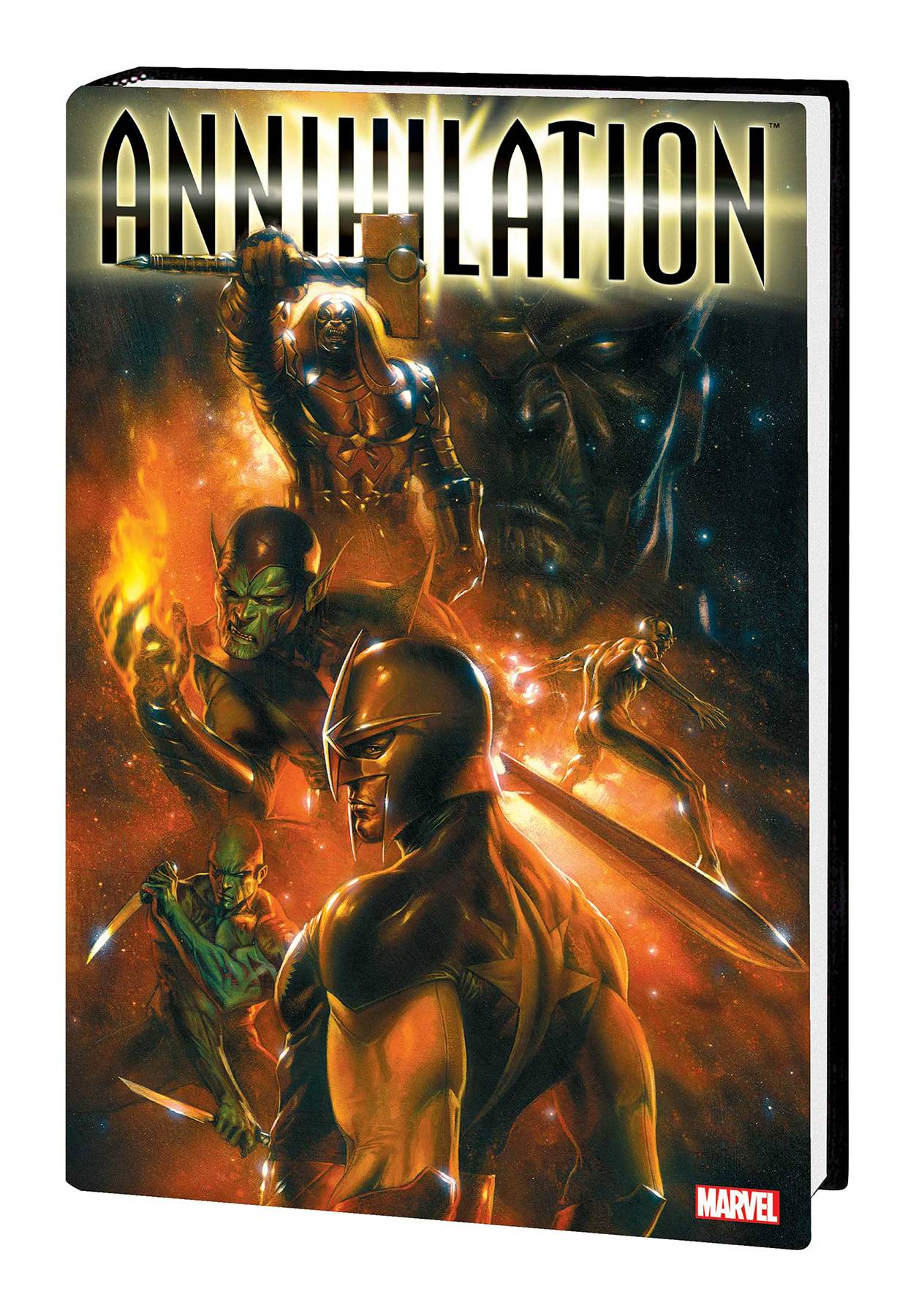 #
JUL191087
(W) Dan Abnett, More, Keith Giffen (A) Mitch Breitweiser, Scott Kolins, More (CA) Gabriele Dell'Otto
Marvel's cosmic superstars return in explosive, widescreen sci-fi style! Annihilus, lord of the Negative Zone, has declared war! And as his unstoppable Annihilation Wave swarms into the Marvel Universe, demolishing all in its path, only a handful of heroes can resist the destruction! As Nova learns the ways of war from Drax the Destroyer, the Silver Surfer seeks out his former master Galactus for aid, the Super-Skrull fights for his son's life and Ronan the Accuser faces Gamora and her woman warriors! Nova and Quasar's army leads the charge, but as heroes fall and Annihilus rises, the universe's one remaining hope may be Thanos, the Mad Titan! Collecting DRAX THE DESTROYER #1-4, ANNIHILATION: PROLOGUE, ANNIHILATION: NOVA #1-4, ANNIHILATION: SILVER SURFER #1-4, ANNIHILATION: SUPER-SKRULL #1-4, ANNIHILATION: RONAN #1-4, ANNIHILATION #1-6, ANNIHILATION: HERALDS OF GALACTUS #1-2 AND ANNIHILATION: NOVA CORPS FILES.
Rated T+
In Shops: Dec 04, 2019
SRP: $125.00
ORDER WISH LIST