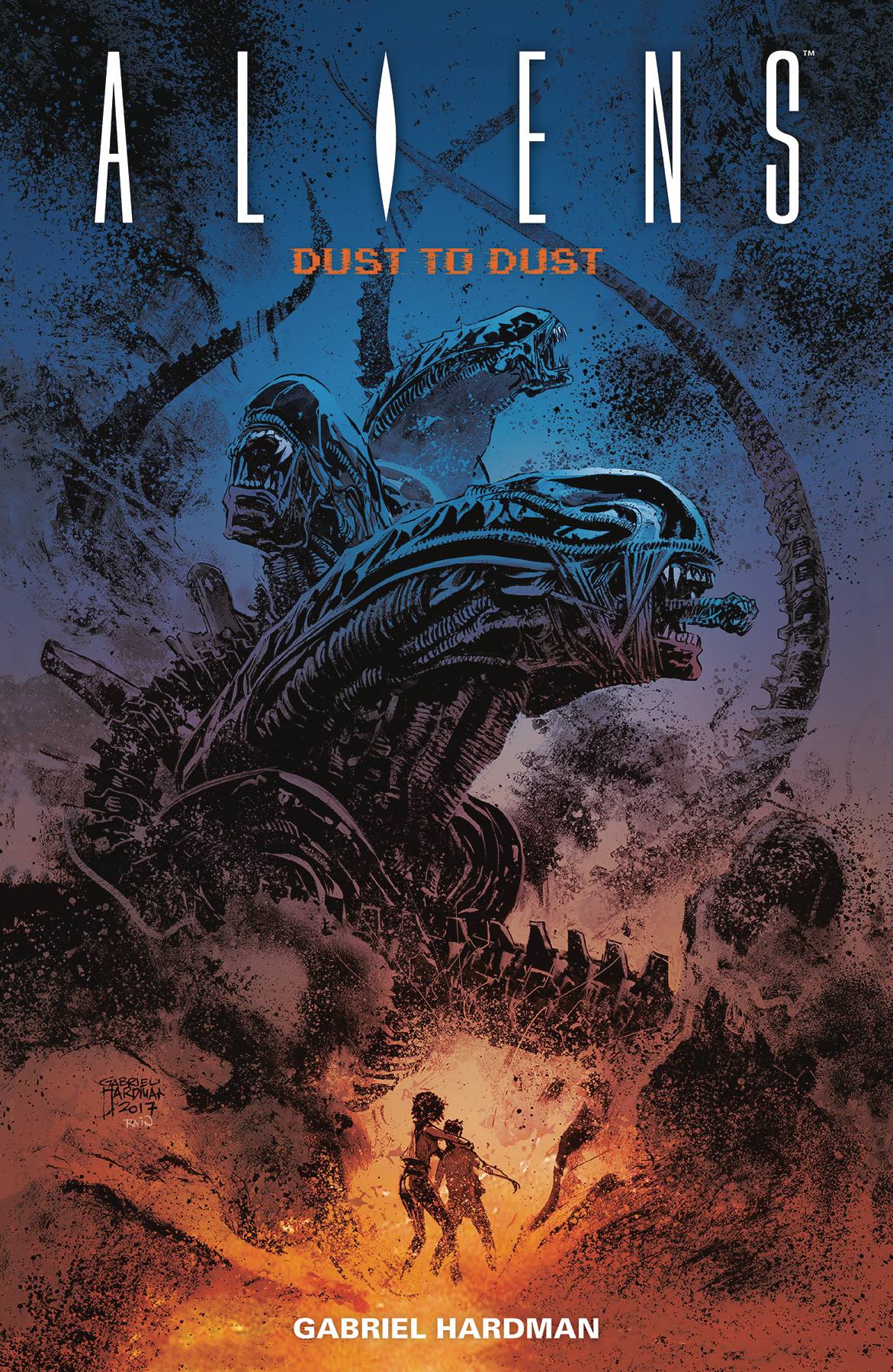 #
JUL180487
(W) Gabriel Hardman (A/CA) Gabriel Hardman
A mother and son bound by a shared terror-separated by an implacable alien force! A spaceship that should carry them away from the fear becomes a deathtrap from which escape seems impossible!
The Trono colony on LV-871 is under attack. Emergency evacuations are ordered. Twelve-year-old Maxon and his mom face the most terrifying creatures in the galaxy . . . Aliens! A terrifying coming-of-age story by master storyteller Gabriel Hardman. Collects issues #1-#4 of the series.

"Aliens: Dust to Dust is solid comics storytelling that reminds us how much Aliens has always played on our primal fears." - Monkeys Fighting Robots
In Shops: May 01, 2019
SRP: $17.99