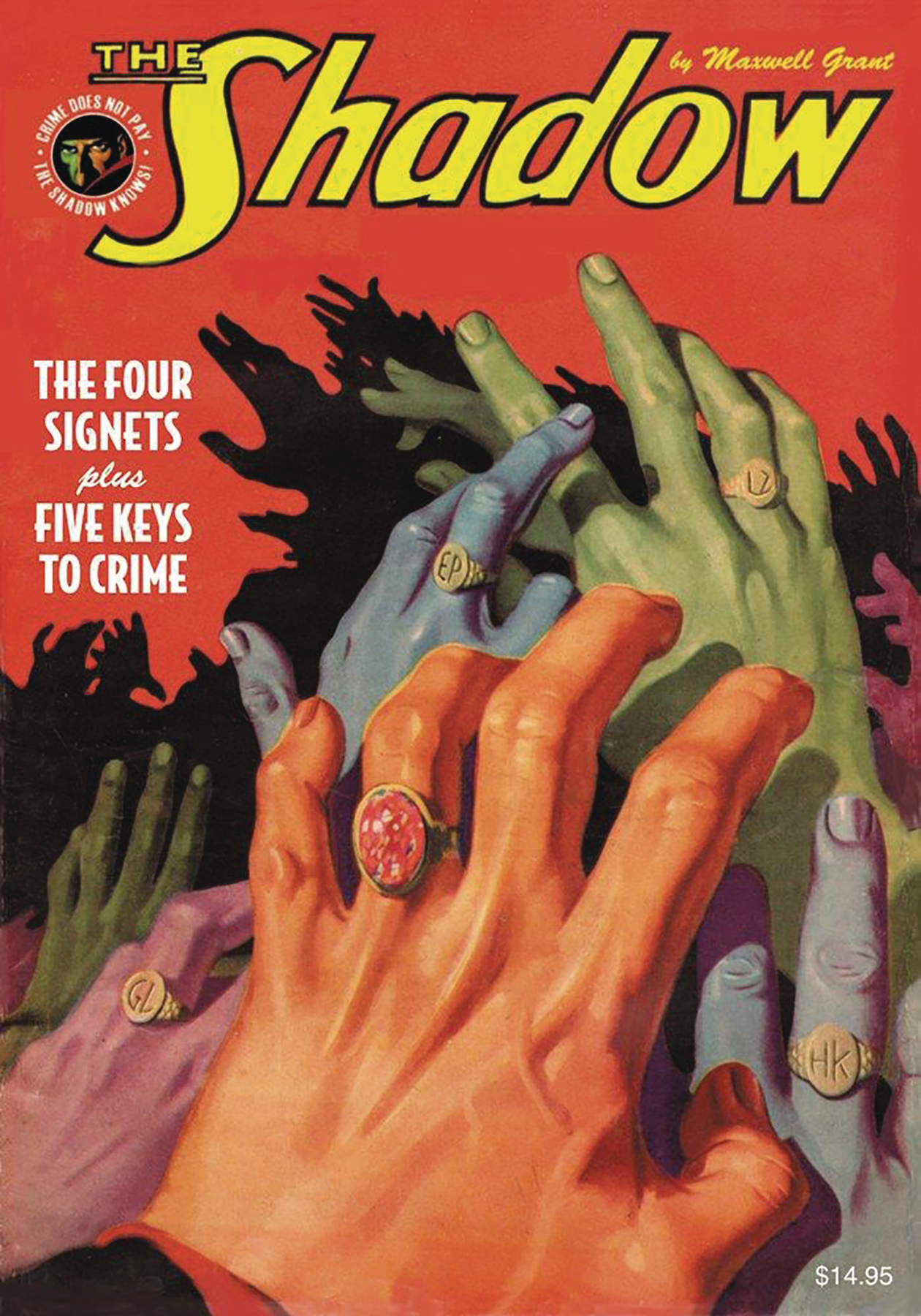 JUL172465
(W) Maxwell Grant, Walter B. Gibson, Will Murray, Ted Tinsley (A) Paul Orban, Tom Lovell (CA) George Rozen, Modest Stein
The Master of Darkness proves that "crime does not pay" in two thrilling pulp novels by Walter B. Gibson. First, The Shadow knows that "The Four Signets" hold a secret message that spreads crime and murder in their deadly wake! Then, the bequest of a rosewood music box leads to "Five Keys of Crime" that can provide its young heir with a fabulous inheritance-if he lives long enough to collect it! Plus, a Hollywood star steals the picture when female sleuth Carrie Cashin investigates the mystery of "The Three X's" in a tale by Theodore Tinsley.
In Shops: Oct 25, 2017
SRP: $14.95
View All Items In This Series
ORDER SUBSCRIBE WISH LIST