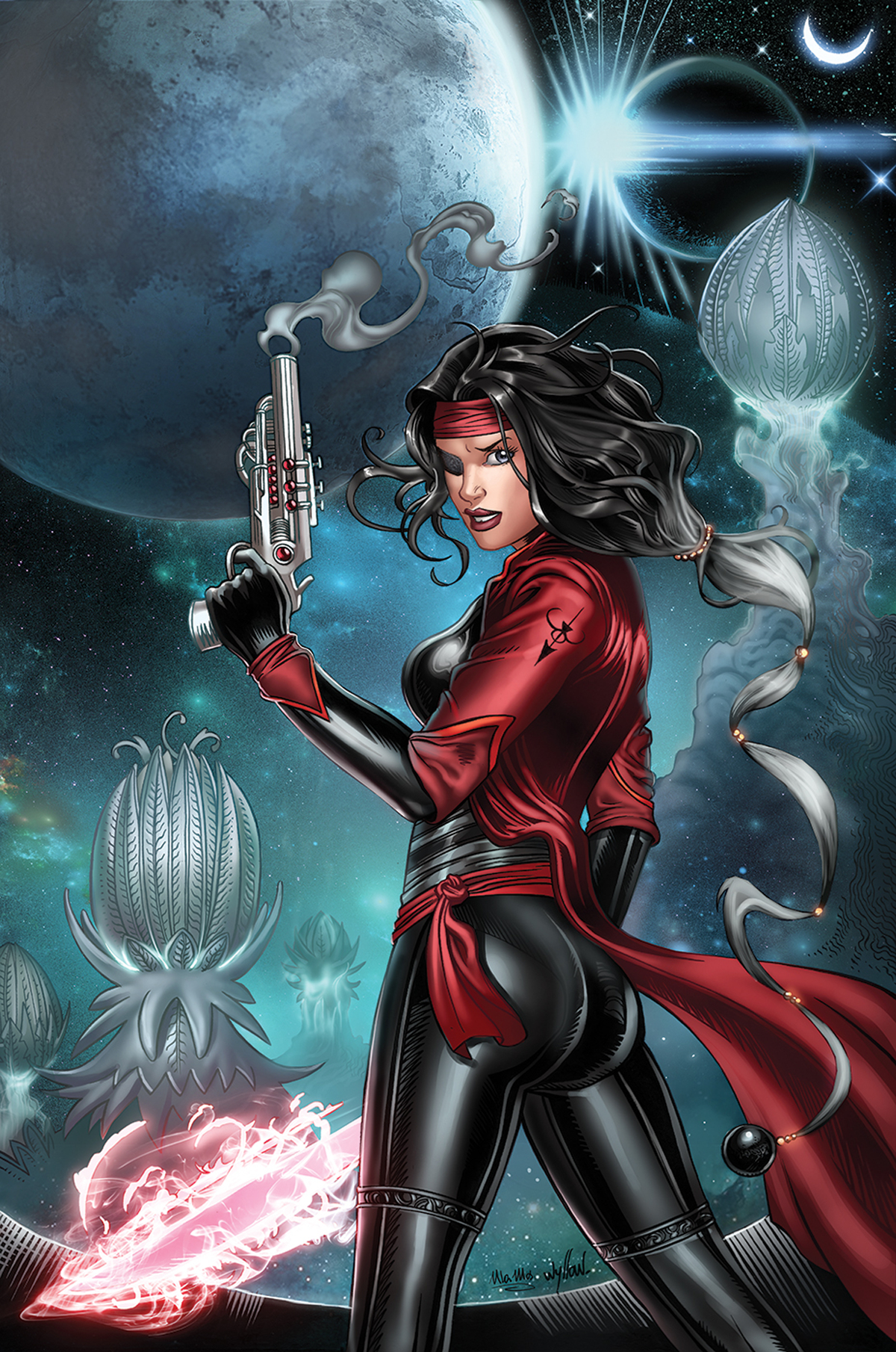 JUL172397
(W) Joe Brusha (CA) Wyllow Yohamm Puaud
The crew of The Black Sable have been in tough spots before, but this might be their toughest yet. Caught in the middle of a triangle of death between the deadly Space Kraken, Captain Blood and the Federation, their quest for the lost treasure they seek is put on hold as they look for a miracle that can get them out alive.
In Shops: Dec 06, 2017
SRP: $3.99
View All Items In This Series