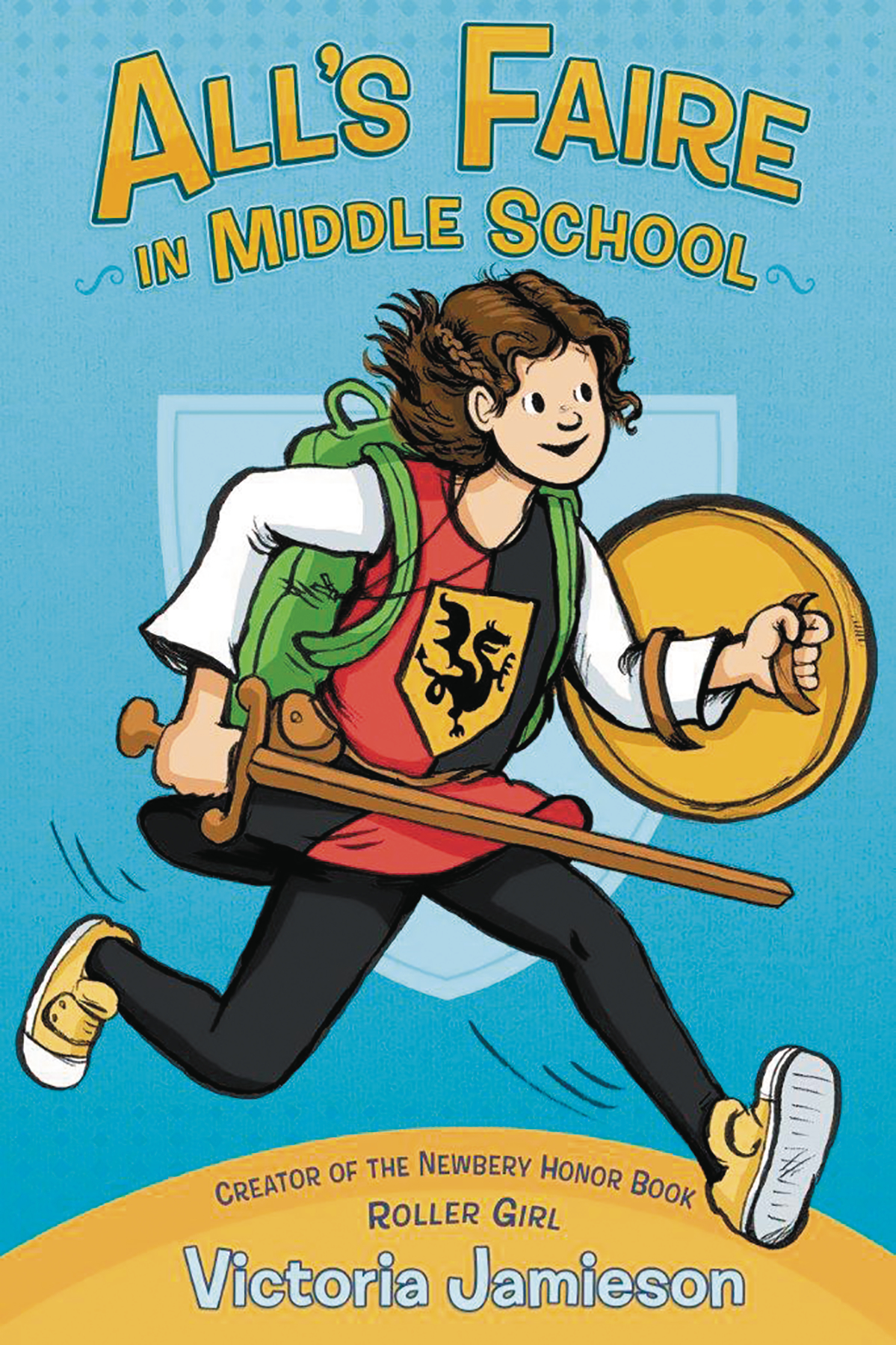 JUL171829
(W) Victoria Jamieson (A/CA) Victoria Jamieson
Eleven-year-old Imogene (Impy) has grown up with two parents working at the Renaissance Faire, and she's eager to begin her own training as a squire. First, though, she'll need to prove her bravery. Luckily Impy has just the quest in mind - she'll go to public school after a life of being homeschooled! But it's not easy to act like a noble knight-in-training in middle school. Impy falls in with a group of girls who seem really nice... until they don't. For the first time, she's embarrassed of her thrift shop apparel, her family's unusual lifestyle, and their small, messy apartment. And when her new friends encourage her to do something mean, Impy goes along with it. Before long, Impy doesn't even recognize herself. Is she the dragon in her own story or the heroic knight?
In Shops: Sep 06, 2017
SRP: $12.99
ORDER WISH LIST