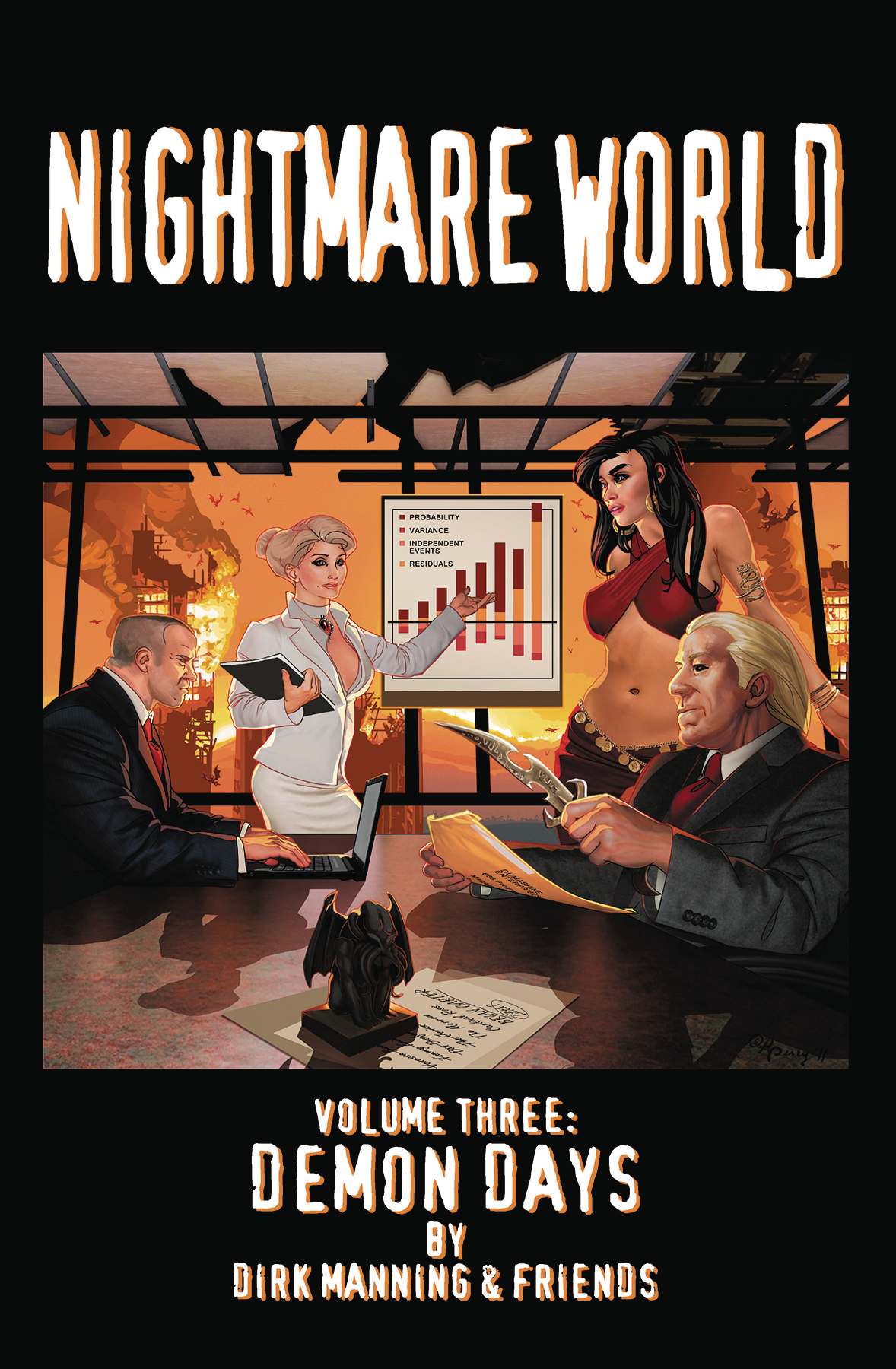 JUL171827
(W) Dirk Manning (A) Josh Ross, Various, Austin McKinley, Anthony Peruzzo (CA) Kristen Perry
13 terrifying tales of Irish fairy-folk, demons in disguise and living among us, an ancient ceremonial knife which holds a powerful sway over those who possess it and more collide to reveal that the Armageddon is over and Lucifer has won! Now that Lucifer covertly controls the world, read on to see what hope any of those left behind surviving and thriving in a society that seems to have returned to normal, but is really a Nightmare World...
In Shops: Oct 18, 2017
SRP: $16.99
View All Items In This Series