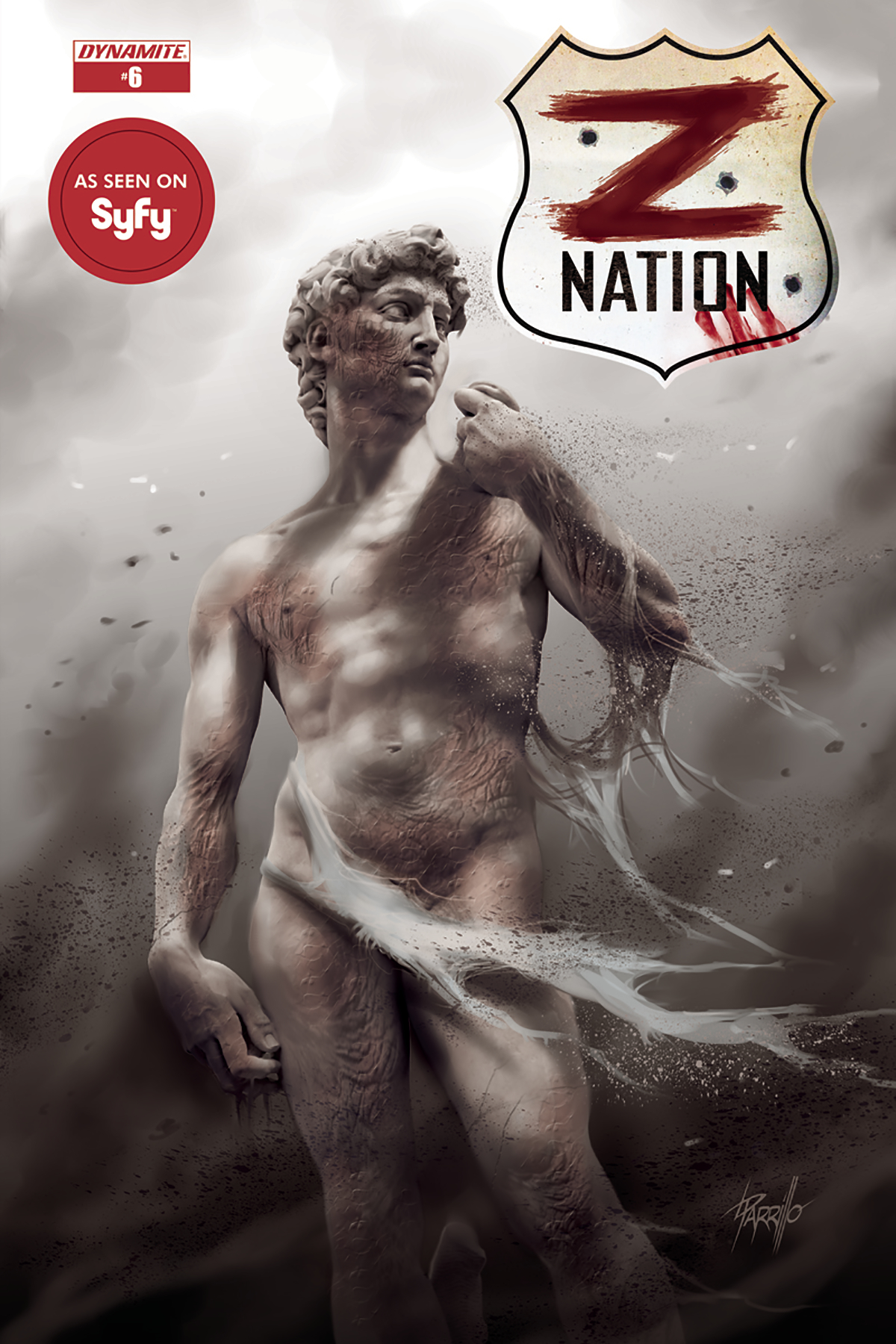 JUL171809
(W) Craig Engler, Fred Van Lente (A) Edu Menna (CA) Lucio Parrillo
In issue #6 of Z Nation: Sea of Death, Specialist Israel Johnson and Private Edie Cutler have to flee the zombie filled, capsized cruise ship Empress of the Seas, leading the few surviving passengers to the dubious safety of an offshore oil rig. They're pursued by the ship's maniacal Captain and Crew, who are intent on killing the would-be heroes. And the zombie whale that capsized the ship is still waiting in the water to devour whoever wins the final fight to the death. Sea of Death is a prequel set in the world of Syfy's hit zombie series Z Nation, produced by The Asylum. Featuring Z Nation's signature blend of horror, humor and heart, Sea of Death is a six-issue miniseries from acclaimed writer Fred Van Lente (add appropriate credits) and Craig Engler, based on the long running series Z Nation created by Karl Schaefer and Craig Engler.