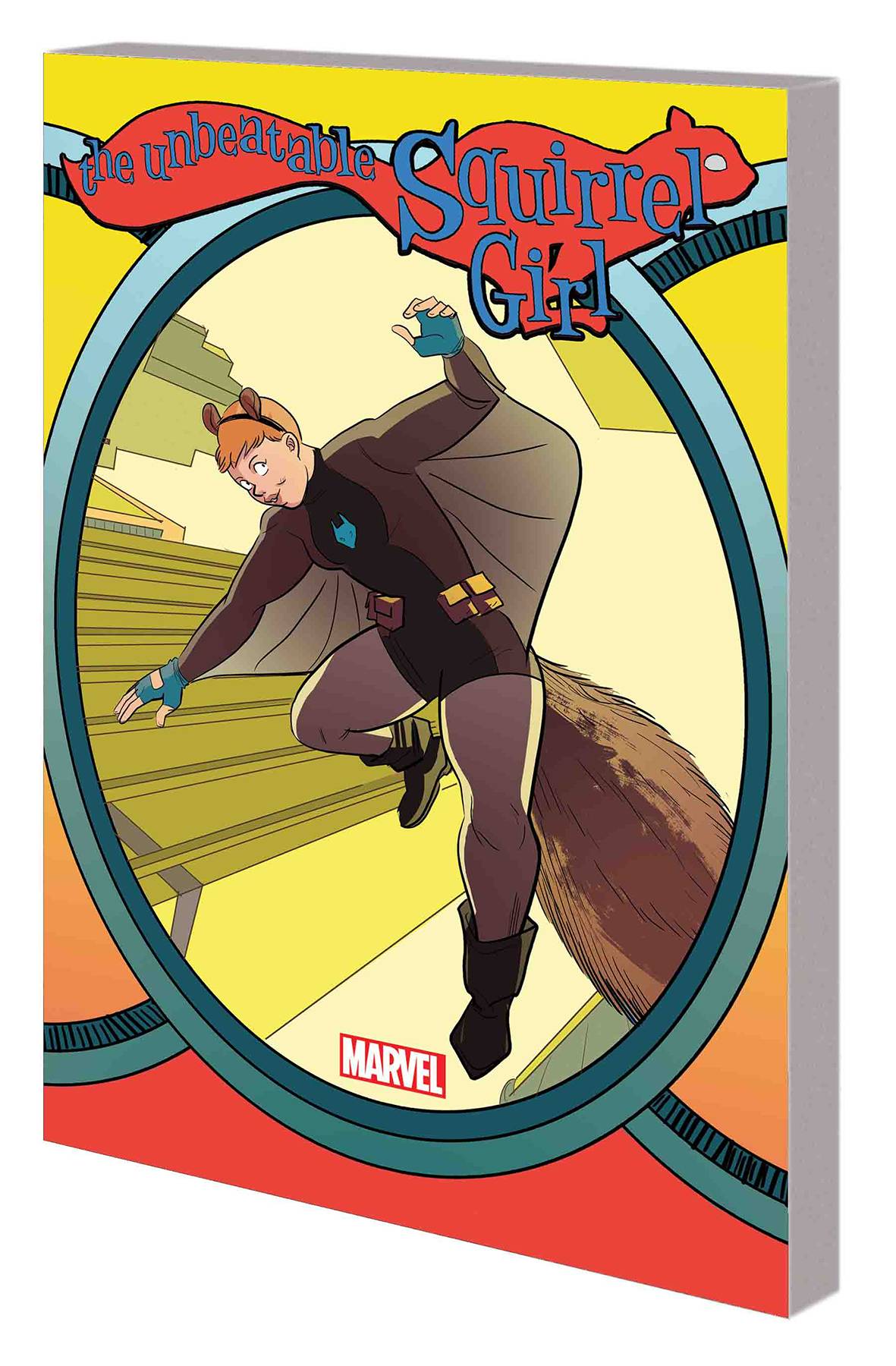 #
JUL171225
(W) Ryan North (A/CA) Erica Henderson
It's a normal, quiet day at Empire State University, filled with lots of lectures and higher education - until a fistfight breaks out! A big one! And Doreen Green gets a new Flying Squirrel suit from a mystery benefactor that would render her even more unbeatable, if such a thing was scientifically possible! But a new super villain in town wants to mold Squirrel Girl into the perfect minion. Gasp at a secret invasion of character motivations! Thrill at a civil war of emotions! Boggle as monsters truly get unleashed and Doreen's fate hangs in the balance! Also, machine-gun-wielding bears! It's squirrels and girls and punching, oh my! Plus: When Squirrel Girl goes to the Negative Zone, it's up to Koi Boi, Chipmunk Hunk and Brain Drain to keep the city safe. Uh-oh! Collecting UNBEATABLE SQUIRREL GIRL (2015B) #17-21.
Rated T
In Shops: Sep 27, 2017
SRP: $15.99
View All Items In This Series
ORDER SUBSCRIBE WISH LIST