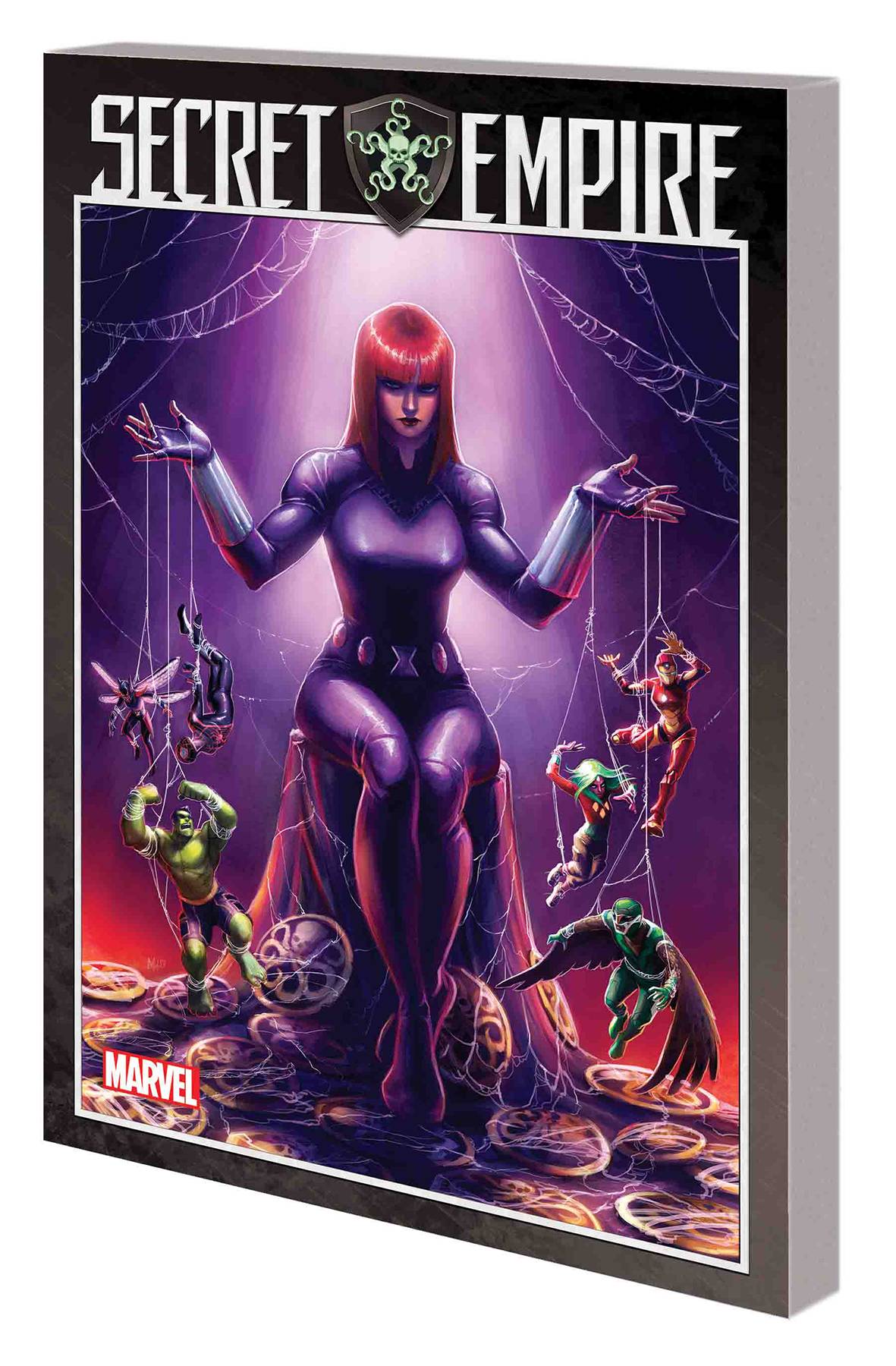 #
JUL171220
(W) Jim Zub, Jeremy Whitley, Derek Landy, Nick Spencer, Chris Sims, Chad Bowers (A) Ario Anindito, Eric Koda, Joshua Cassara, Aaron Kim Jacinto, Jesus Saiz, Danilo Beyruth (CA) Meghan Hetrick
The Hydra world order has arrived, but it's not one that everybody agrees with. Not by a long shot! Prepare for the reign, the resistance...and the revolution! Steve Rogers takes matters into his own hands to maintain peace - by any means necessary! Black Widow recruits the young heroes of the Marvel Universe for a deadly plan! And a coalition of heroes seeks an end to the national nightmare - but first they must brave the dangers of the Savage Land! Meanwhile, imprisoned by Hydra, the Uncanny Avengers have a cunning escape plan! And it falls to the Guardians of the Galaxy to fight off the Chitauri invasion - but can they rely on aid from Yondu Udonta?! Collecting SECRET EMPIRE: UNITED #1, UNDERGROUND #1 and UPRISING #1; UNCANNY AVENGERS (2015B) #24-25; CAPTAIN AMERICA (2017) #25; and ALL-NEW GUARDIANS OF THE GALAXY ANNUAL #1.
Rated T+
In Shops: Oct 11, 2017
SRP: $24.99
ORDER WISH LIST