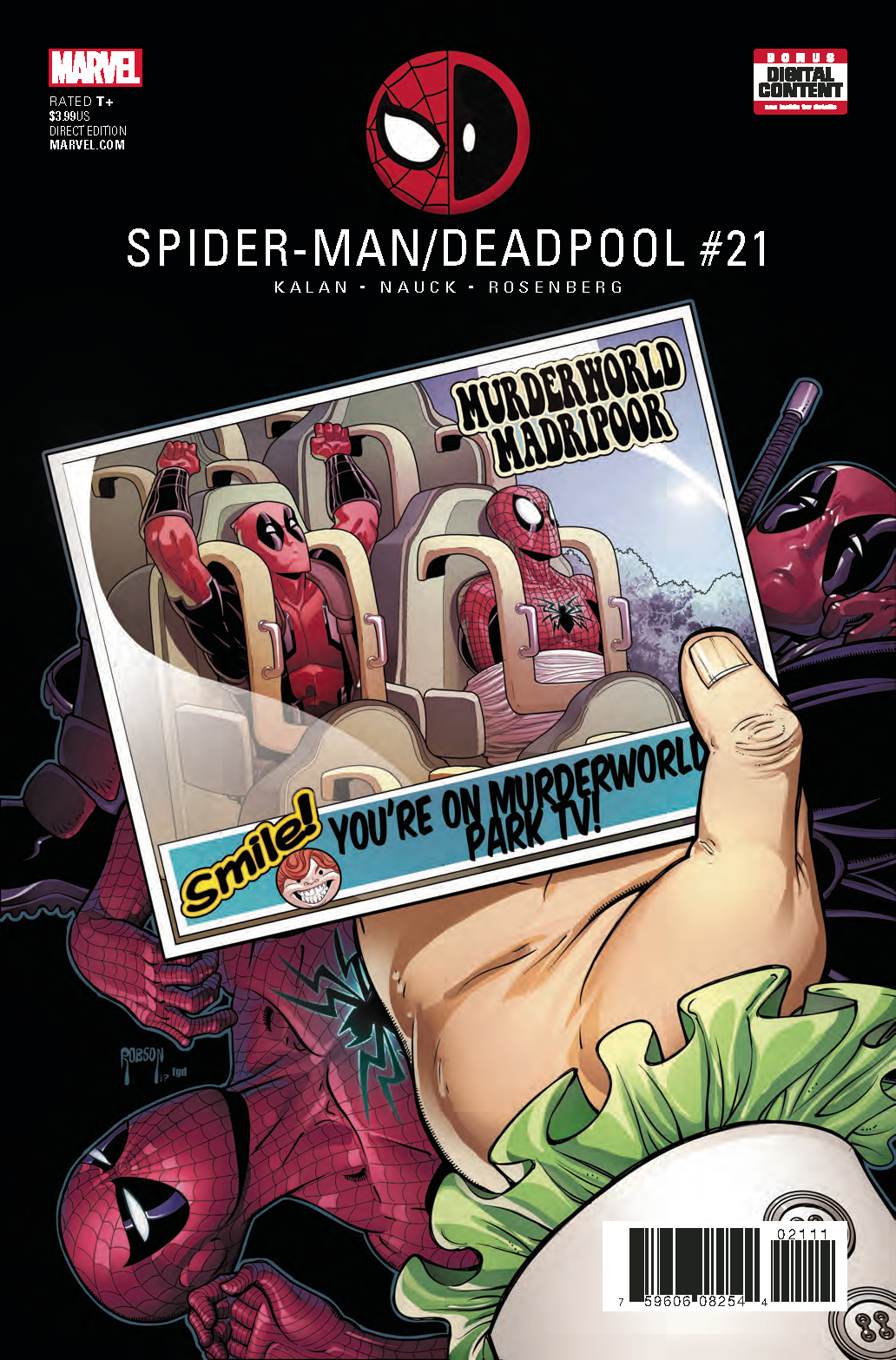 JUL171085
(W) Elliott Kalan (A) Todd Nauck (CA) Will Robson
• When the villainous ARCADE decides to build a second, even deadlier Murderworld in Madripoor, he kidnaps Spider-Man and forces him to be the park's first guest!
•  Deadpool, meanwhile, has a bone to pick with Arcade... Namely that his terrifying theme parks are besmirching murder and its good name!
Rated T+
In Shops: Sep 06, 2017
SRP: $3.99
View All Items In This Series