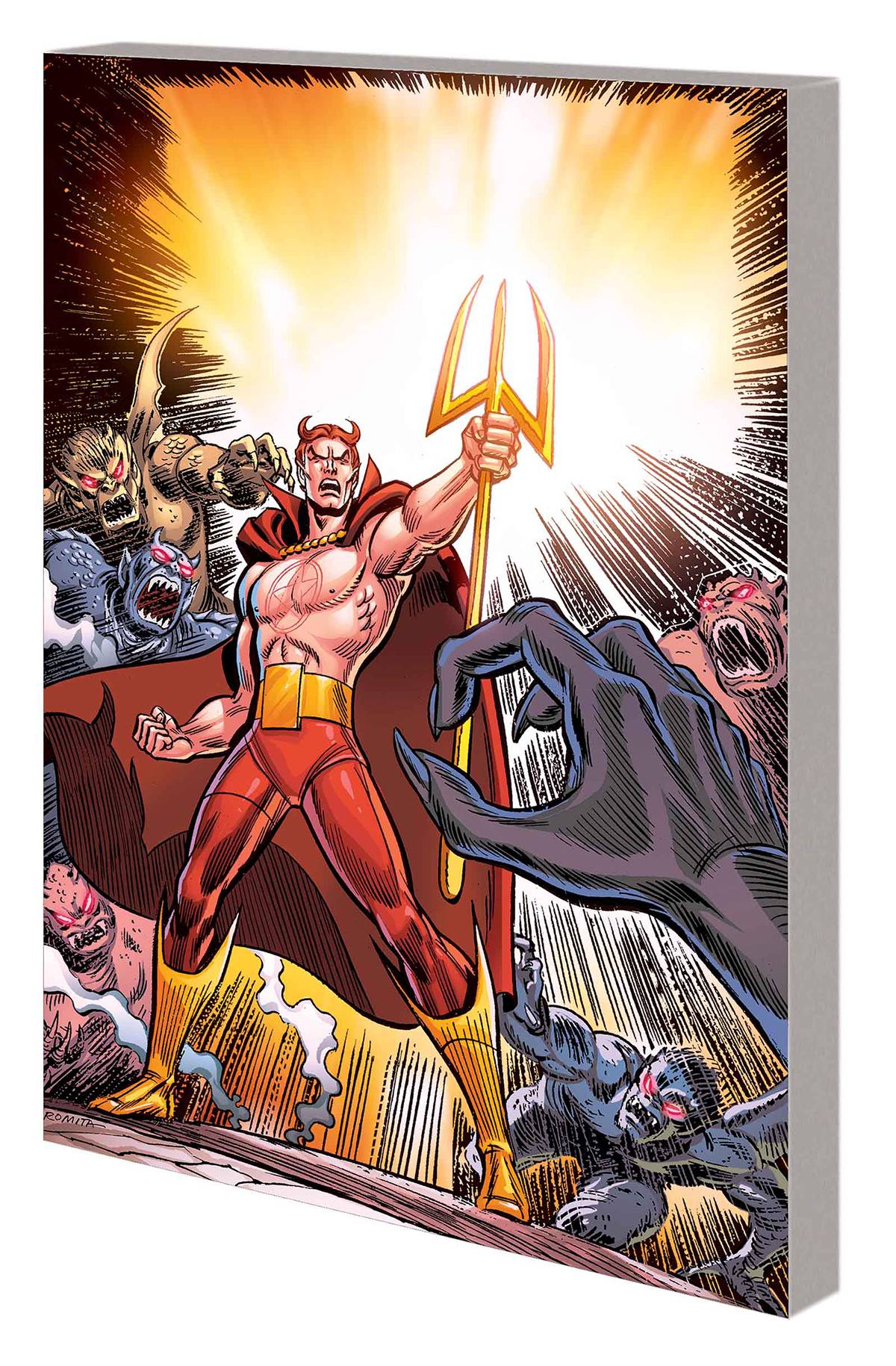 #
JUL161092
(W) Various (A) Various (CA) John Romita
He's got Marvel's most rotten family tree: His sister is Satana, and dear old dad is none other than the Father of Lies himself! So is there any saving the soul of Daimon Hellstrom, the sensational Son of Satan? The world's best-dressed exorcist will ride to the rescue of Ghost Rider and fight alongside the Thing and the Human Torch! Flaming trident at the ready, pentagram on his chest, he'll contend with ice demons, a fire dragon, an Egyptian god, nihilists and folks who worship his father! Speaking of which, Daimon must endure an unhappy paternal reunion and a sibling rivalry with his succubus sis. They're the relatives from hell - literally! Collecting GHOST RIDER (1973) #1-2, MARVEL SPOTLIGHT (1971) #12-24, MARVEL TEAM-UP (1972) #32, SON OF SATAN #1-8 and MARVEL TWO-IN-ONE (1974) #14.
Parental Advisory
In Shops: Oct 19, 2016
SRP: $39.99
ORDER WISH LIST