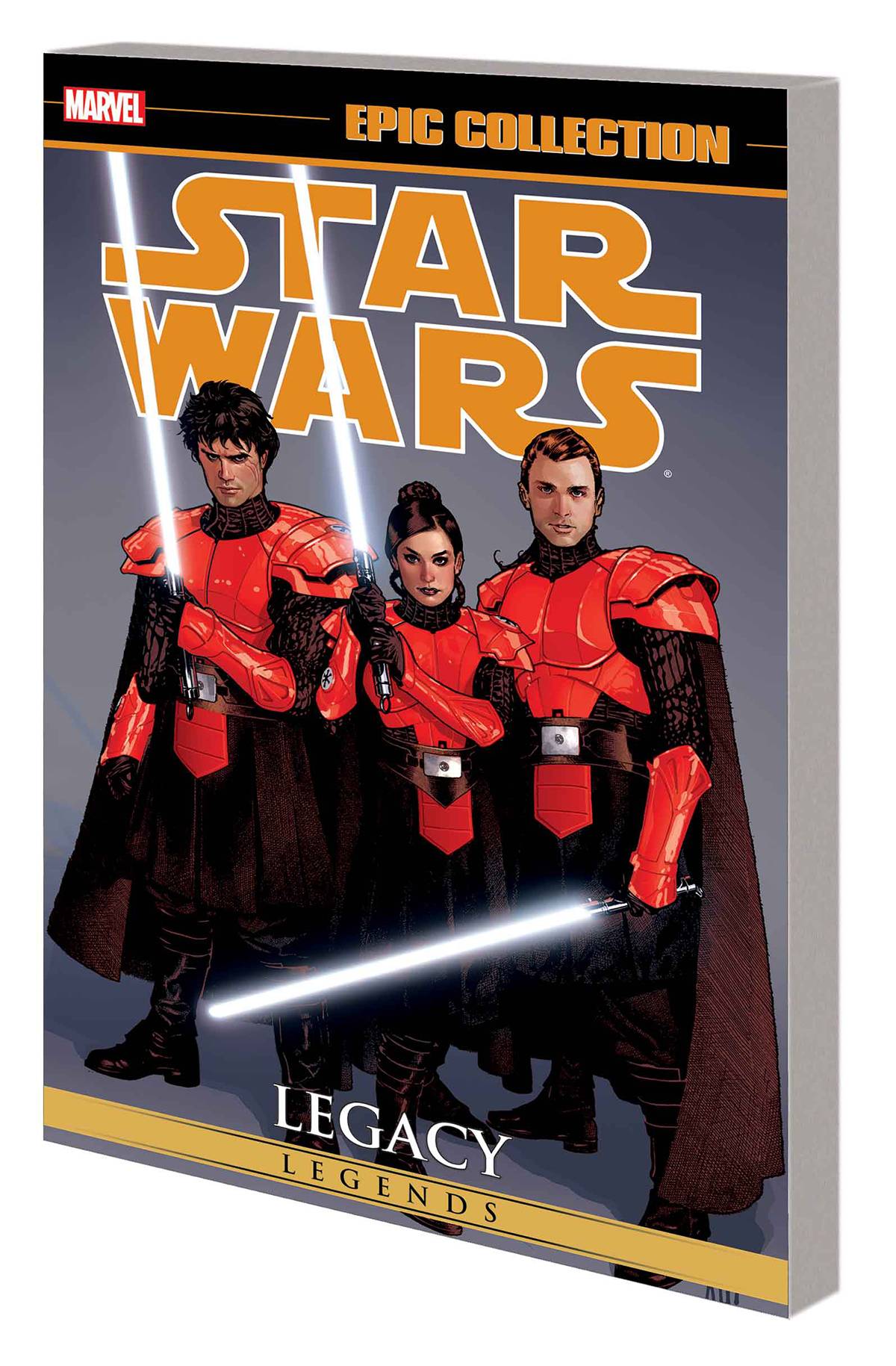 #
JUL161074
(W) John Ostrander, Jan Duursema (A) Various (CA) Adam Hughes
Head far into the future of long ago! A new evil has arisen, shattering a resurgent Empire and seeking to put an end to the Jedi once and for all. The Sith Lord Darth Krayt sits on the throne. Only one hope remains - the last remaining heir to the Skywalker legacy. Cade may be strong in the Force - but years after a tragedy, he is a bounty hunter, working with Jariah Syn and Deliah Blue. When he reluctantly finds himself at the center of galactic turmoil, Cade may be forced to embrace his heritage. But will the path on which he embarks be one of redemption, or damnation? Collecting Star Wars: Legacy (2006) #0-19.
In Shops: Sep 28, 2016
SRP: $39.99
View All Items In This Series
ORDER SUBSCRIBE WISH LIST