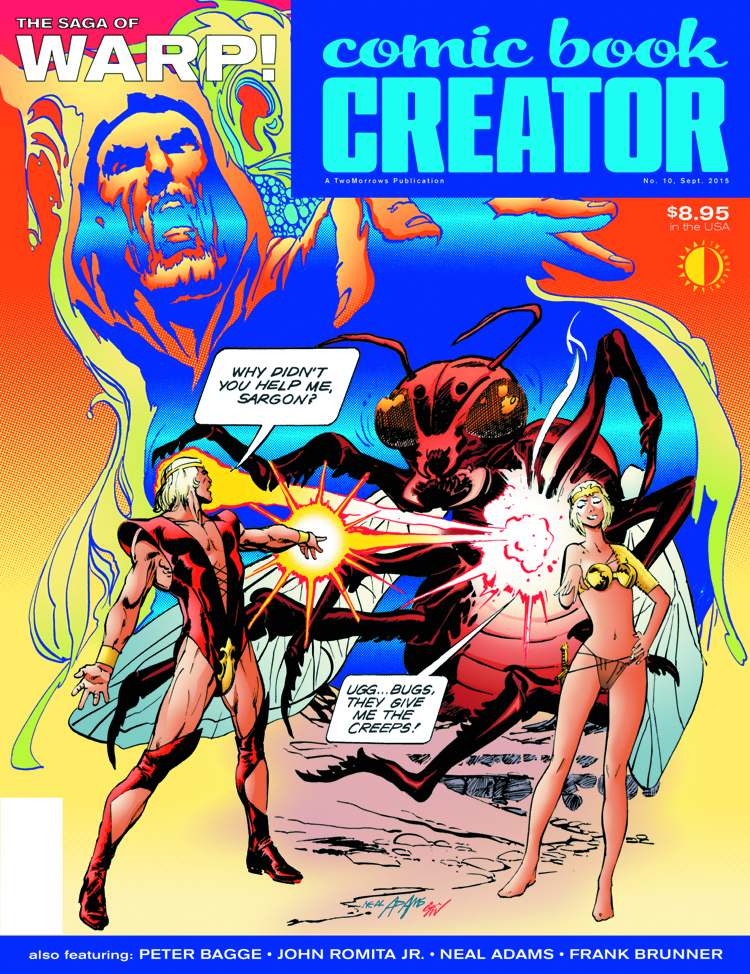 JUL151911
Comic Book Creator gives you a double-dose of amazing coverage as we feature a history of the short-lived but amazing Star Wars precursor, the Broadway science fiction epic Warp! Though the 1973 show lasted a mere two weeks on the Great White Way, the work of art director Neal Adams is unforgettable and, after all, it spawned a 1980s series at First Comics! We interview Neal, director Stuart Gordon (Reanimator), playwright Lenny Kleinfeld, stage manager David Gordon (Flying Frog), as well as those participates in the First Comics series! On the flipside, CBC is proud to feature an exhaustive interview with Peter Bagge (Hate!), from his work on Comical Funnies to editor of Weirdo magazine to his solo series Neat Stuff to the chronicles of Buddy Bradley, and beyond!