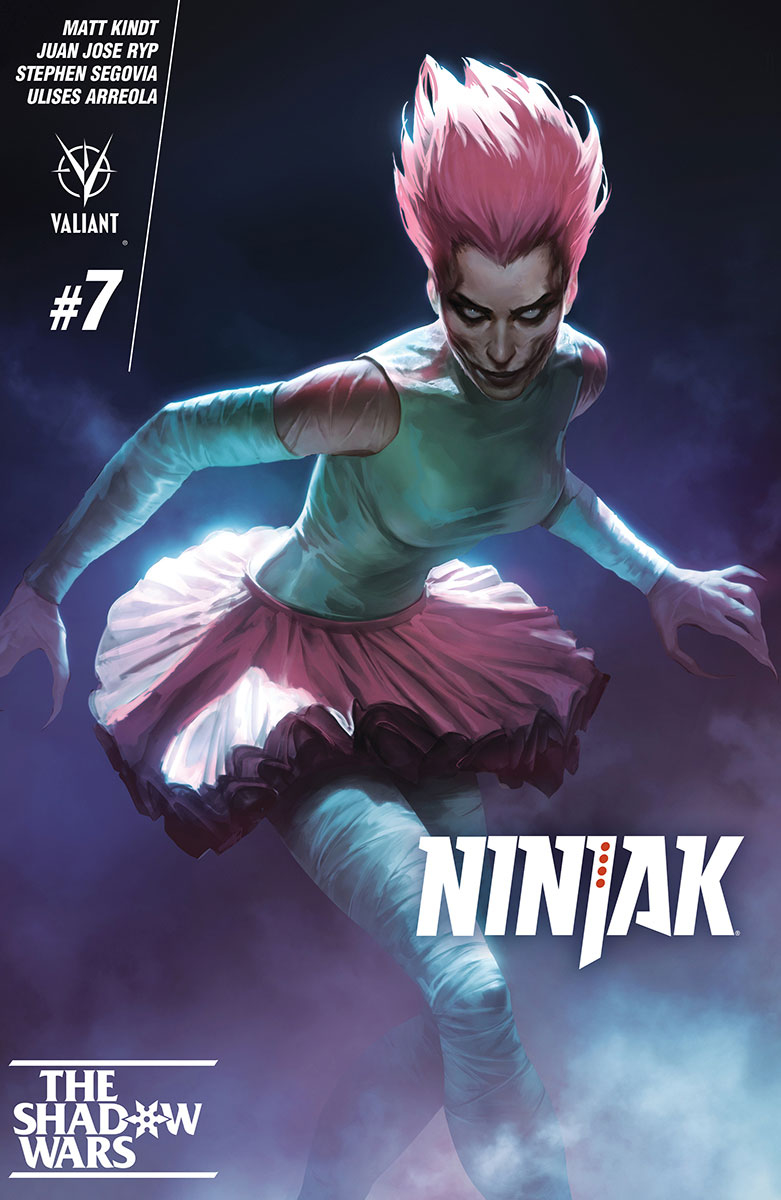 JUL151673
(W) Matt Kindt (A) Juan Jose Ryp, Stephen Segovia (CA) Jelena Kevic-Djurdjevic
Sanguine shatters "THE SHADOW WARS"! Ninjak goes head-to-head with the Shadow Seven's toughest villain, Sanguine - but will his past come back to bite him before she does? As a conspiracy from Colin King's first days as a spy finally comes to light in the modern day, will Ninjak survive his deadliest battle yet? And what will be left of him? Red-hot artist Juan José Ryp (Black Summer) joins Matt Kindt for the second 40-page chapter of THE SHADOW WARS! Plus: an all-new installment of NINJAK: THE LOST FILES, featuring artwork by Eisner Award-nominated artist Butch Guice!
In Shops: Sep 09, 2015
SRP: $3.99
View All Items In This Series