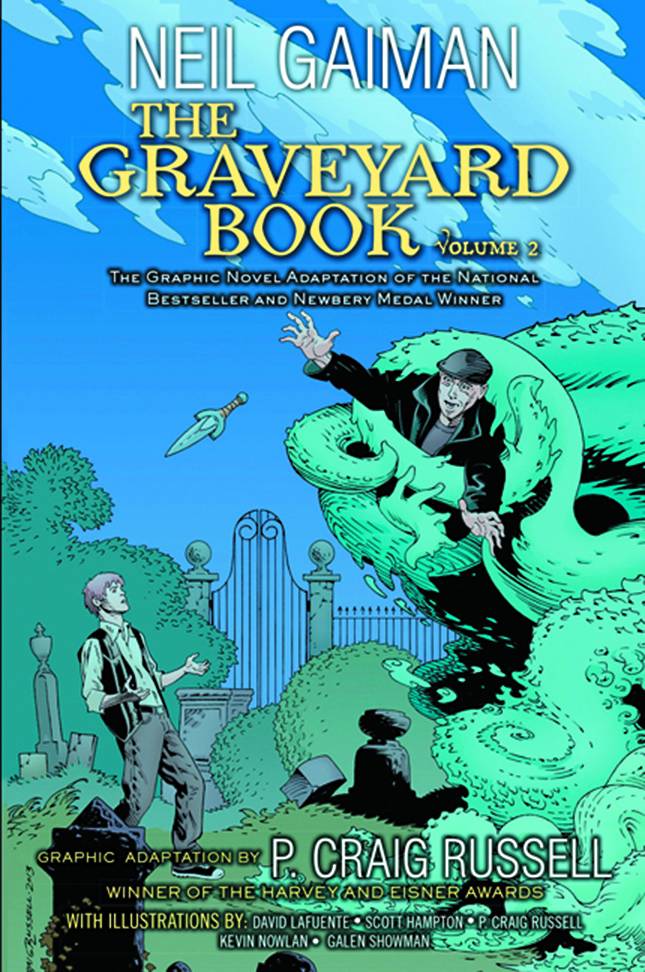 #
JUL151419
(W) Neil Gaiman, P. Craig Russell (A) Kevin Nowlan, Scott Hampton, Galen Showman, David Lafuente (A/CA) P. Craig Russell
Now in softcover! The second volume of a glorious two-volume graphic novel adaption of the bestselling and Newbery Award-winning novel The Graveyard Book. Nobody Owens is a normal boy, except he lives in a sprawling graveyard and has been raised since infancy by ghosts and a guardian who belongs to neither the world of the living nor the dead. This full-color graphic novel is the second volume in a two-volume set. It contains chapters 6 through the end of The Graveyard Book, adapted by renowned graphic novelist P. Craig Russell and illustrated by luminaries of the comics world: David Lafuente, Scott Hampton, P. Craig Russell, Kevin Nowlan, and Galen Showman.