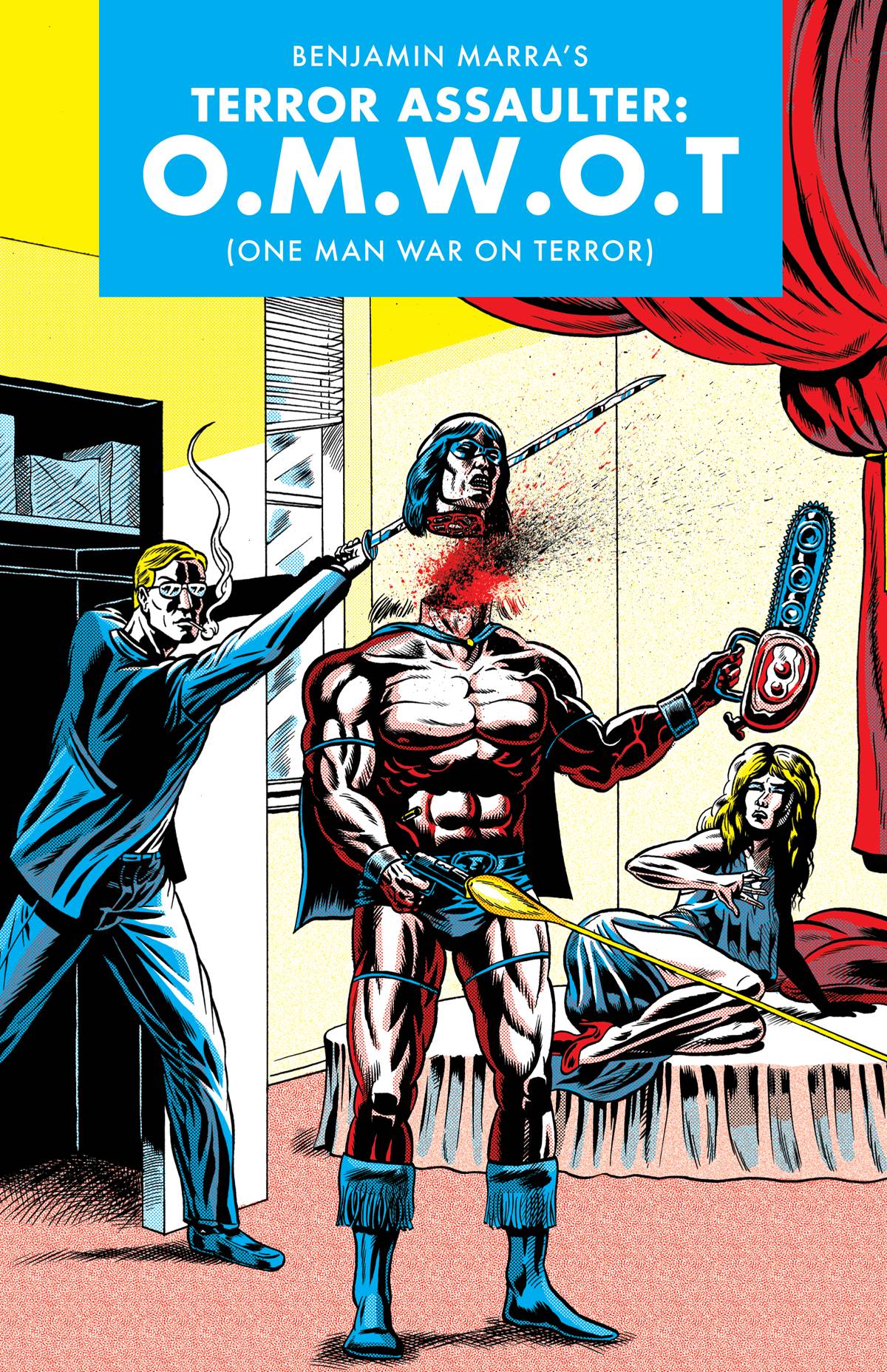 #
JUL151372
(W) Benjamin Marra (A) Benjamin Marra
Cartoonist Benjamin Marra brilliantly satirizes America's recent obsession with justice and its disinterest in consequences. Terror Assaulter must defeat Terror at all costs, diverting only for steamy dates with hot chicks. Nothing is spared in this searing and hilarious indictment of American foreign policy over the last decade, whether it be neocon philosophy, the state of American masculinity and sexuality or male power fantasy in escapist entertainment.
In Shops: Sep 09, 2015
SRP: $14.99