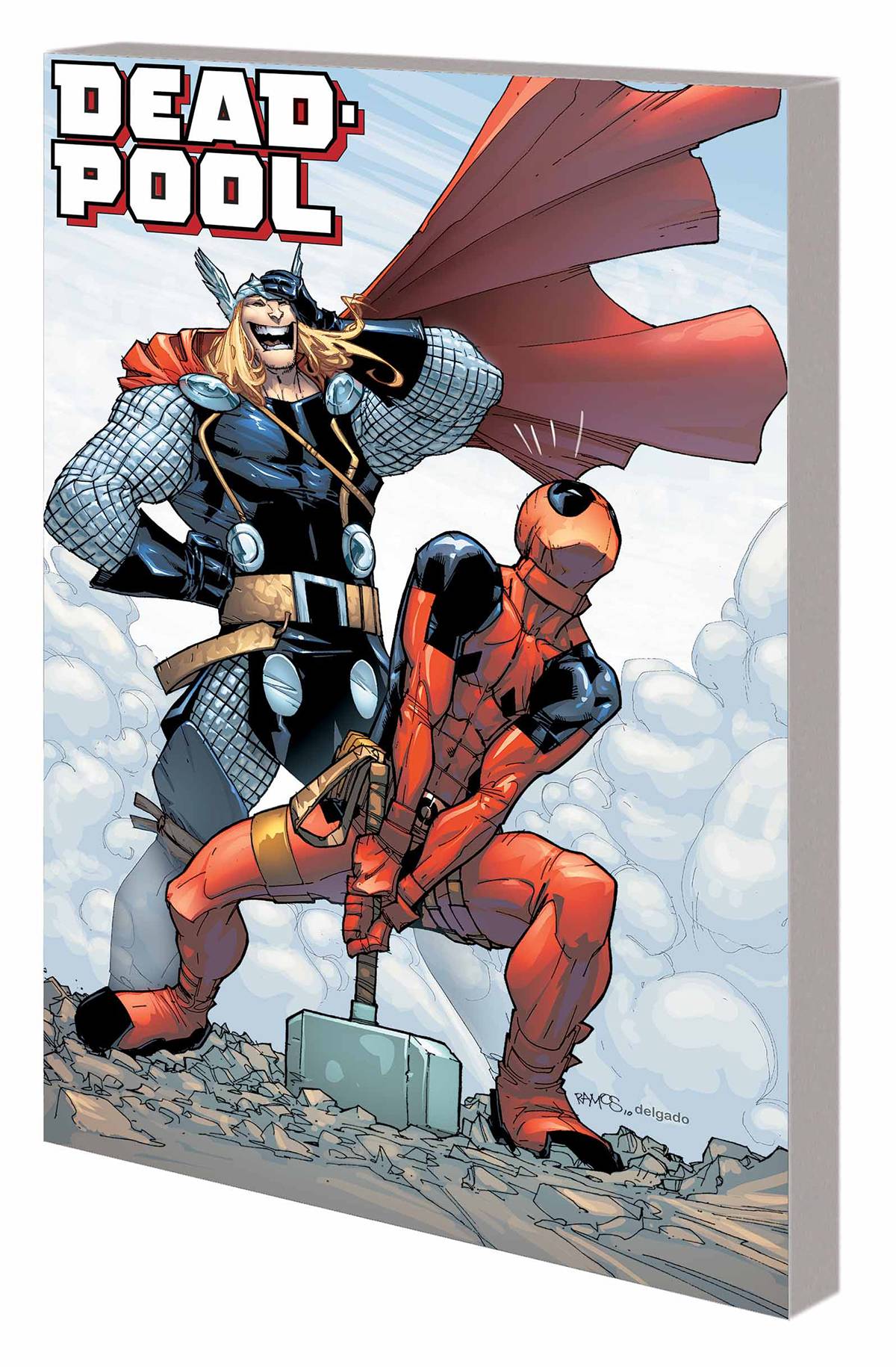 #
JUL150843
(W) Various (A) Various (CA) Humberto Ramos
Evidently, the voices in his head aren't enough company for Deadpool! These riotous, ridiculous and outright reprehensible team-ups pair the irrepressible mercenary with Marvel's finest characters and creators! Don't expect 'Pool to hog all the glory, though - he'll share the spotlight with his new buddies, and drive them all bonkers in the process. Featuring a roster of Marvel all-stars including the Incredible Hercules! Not one but two Ghost Riders! The Punisher! U.S. Ace! (Who?) The Zapata Brothers! (Huh?) IT! The Living Colossus! (Seriously? That one's a joke, right?) Captain Britain! Satana! Mr. X! Machine Man! Gorilla Man! The Thing! Thor! Iron Fist! Hellcow! (Um, okay.) The Watcher! Galactus! And the micro-merc known as Widdle Wade! Be there as Deadpool takes a calamitous cruise through the Marvel Universe! Collecting DEADPOOL TEAM-UP (1998) #1 and DEADPOOL TEAM-UP (2010) #899-883.
Parental Advisory
In Shops: Sep 23, 2015
SRP: $34.99
View All Items In This Series
ORDER SUBSCRIBE WISH LIST